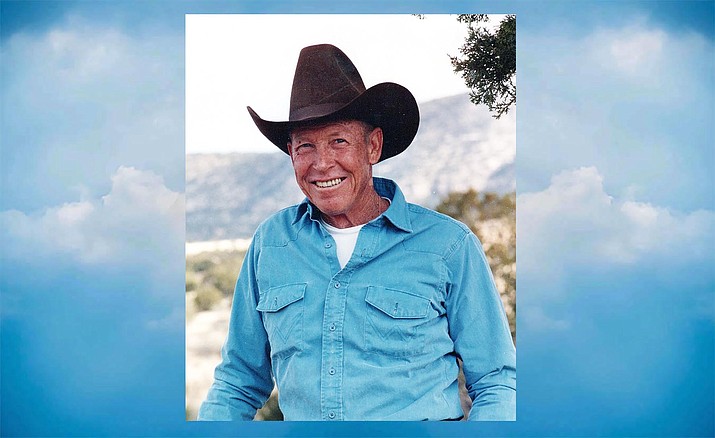 Billy, affectionately known as “Boy” to his friends and family, worked for most of his life as a cowboy and rancher.

He also worked as a carpenter and helped build many bridges on roads throughout Arizona. He was a proud graduate of Camp Verde High School in 1950.

Billy is preceded in death by his wife of 54 years, LuRean Teague; his parents, Colonel and Ruth Teague; his sisters, Pauline Teague and Midge Lightfoot; and his brothers, Alvin and Kenny Teague. He is survived by his sisters, Verde (John) Blevins, Juanita New, Scharlotte Sloan and Sophronia Zellner; his brother, Jack Teague (Ida); his sons, Billy Paul and Clinton (Daphnee) Teague; five grandchildren, 10 great- grandchildren; and many more nieces and nephews.

Services will be at Parkside Community Church on Sunday, September 15, 2019. Viewing starts at 1 p.m., service at 2 p.m. followed by graveside at Middle Verde Cemetery.

There will be a potluck celebration of Billy’s life at Parkside following graveside services.

Condolences for the family can be shared at www.buelerfuneralhome.com.