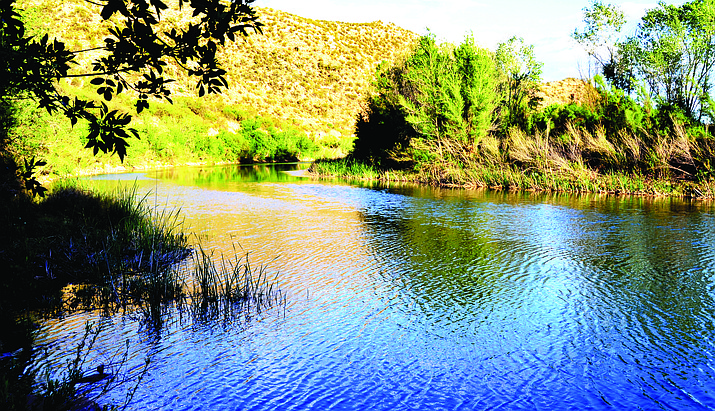 COTTONWOOD — Since 1989, the public has been invited out for one day to learn what the Verde River is all about — and what it takes to preserve the river.

Everyone is welcome to celebrate the 30th Verde River Day on Saturday, Sept. 28.

Dead Horse Ranch State Park, located off of 10th Street in Cottonwood, will host event from 9 a.m. to 3 p.m., but fishing gets started at 8 a.m.

Activities are at no cost, thanks to the many exhibitors and sponsors.

There will be something for all age groups. Fishing, games, sandcastle building, canoeing, a climbing wall, a (little) kids’ corner, a jump castle and possibly more will be available.

“We had one year where some people got trapped on the far side of a wash for a few hours,” Christianson said. “But, most years, we’ve been pretty fortunate with the weather.”

Food will be available at cost. The keynote speaker will be John Parsons, best known in the Verde Valley as “Mr. Verde River.” He was one of the core members that established Verde River Day in 1989.

Poles, bait and tackle are provided for all ages; arriving early is recommended. No fishing license is needed from 8 .m. to noon.

A proclamation from the mayor of Cottonwood is typically read at the event.

Guests of all ages are welcome to fish in the lagoon that is loaded with hundreds of pounds of catfish.

There will be a wide range of entertainment throughout the day, including entertainment arranged by the Cottonwood Chamber of Commerce; that lineup is still pending.

A pancake breakfast will be offered as well.

Verde River Day was organized in 1988 to promote awareness of the Verde River’s distinctive riparian habitat, where 85 percent of all wildlife in the area looks for sustenance.