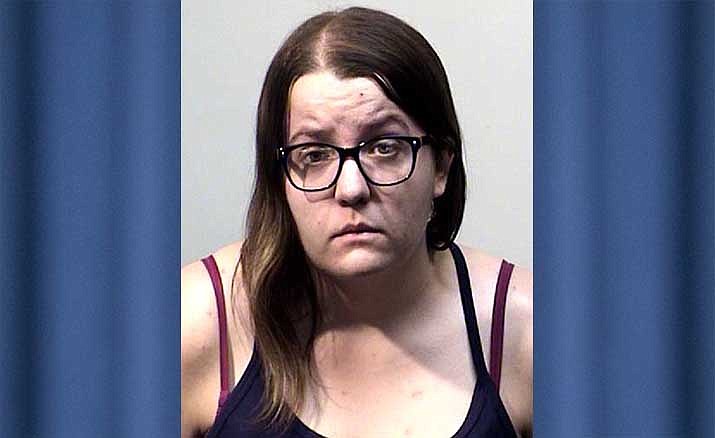 COTTONWOOD — Monday evening, Cottonwood police were called to an apartment complex, and ended up arresting a woman on a felony assault charge for allegedly stabbing her boyfriend in the leg.

Police arrested Jade Jessica Hoffman, 23, on allegations of one count of felony aggravated assault involving a deadly weapon per domestic violence. A police report states officers responded to the Verde Plaza Apartments, in the 100 block of South Seventh Street, at about 8 p.m., for a reported stabbing.

Police allege the 29-year-old victim was stabbed in his upper leg by Hoffman, his girlfriend, during an argument. Fortunately, he sustained non-life threatening injuries, according to a police report.

The report says Hoffman stabbed him with a butcher knife.

The argument stemmed from him being at a local bar when he “shouldn’t have been drinking,” according to the police report. The verbal argument escalated into a physical assault when Hoffman stabbed him, police said.

The victim was transported to the Verde Valley Medical Center Emergency Department, where he was treated and released later that same evening.

Hoffman was transported to the Yavapai County Detention Center, where she remained as of Friday.