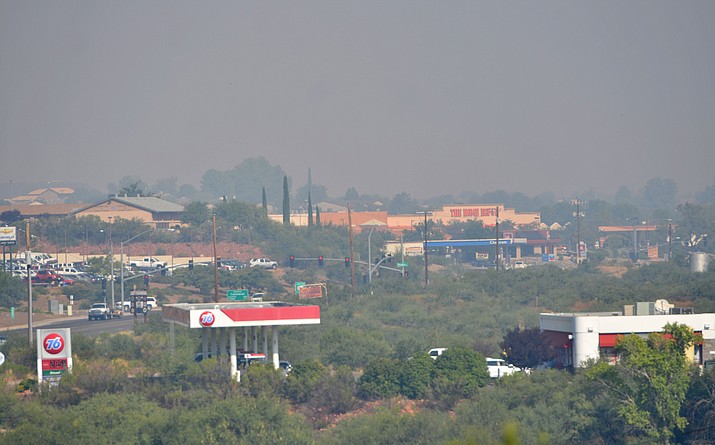 Dense smoke continues to blanket the Verde Valley Friday from the Whiskey Fire located about eight miles west of Turkey Butte Lookout and southwest of Flagstaff. The latest reports are that the fire has grown to 3,500 acroes. VVN/Vyto Starinskas

Smoke could affect areas including Flagstaff, Munds Park, SR 89A Corridor, Sedona, Village of Oak Creek, and I-40, the news release stated.

Friday, fire personnel plan to moderate firing operations through the weekend to reduce smoke impacts to the area, the release stated. “However, no perfect weather conditions exist to remove smoke impact entirely from a fire.”

According to the news release, the closure “may last through the weekend to provide for firefighter and public safety.”

“Persons planning to travel in this area should expect delays and use the alternate routes identified at closure points,” the release stated.

The Whiskey Fire is located about eight miles west of Turkey Butte Lookout and southwest of Flagstaff. A Type 3 team took command of the fire on Sept. 10. The Whiskey Fire began from lightning on Sept. 2.