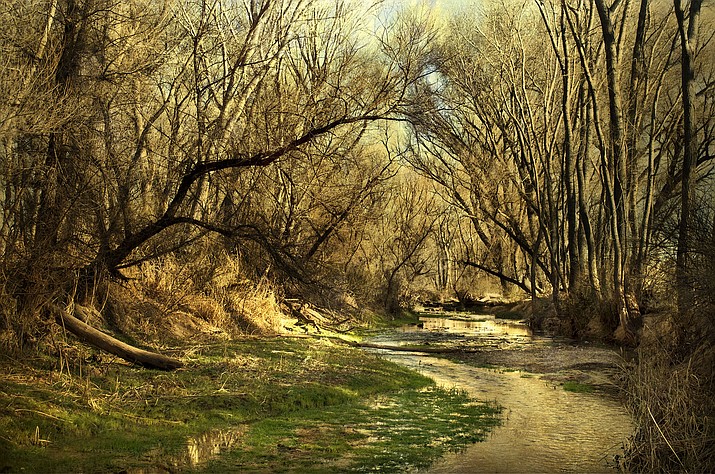 The San Pedro River in southeastern Arizona is one of the waterways in the state that environmental groups fear will no longer be protected by the federal Clean Water Act if a Trump administration proposed change to the rule is allowed to go through. (Photo by Eric Vondy)

But while some welcomed the end of the “Waters of the United States” rule, environmental groups warned that the change would mean virtually no environmental protection for the nation’s waterways – particularly in the West.

“We know where we are going, and that is going to be a world where wetlands, especially in the arid West, get almost no protection,” said Brett Hartl, government affairs director for the Tucson-based Center for Biological Diversity.

A 2018 report by the center estimated that more than 3,000 U.S. watersheds would lose Clean Water Act protections under the replacement plan proposed by the Trump administration. That, in turn, could accelerate the extinction of more than 75 endangered species, the report said.

Critics of the Obama-era rule – known as WOTUS – disagree, saying the full range of federal pollution regulations does more than enough to protect waterways.

WOTUS was overdue for revision, according to EPA Administrator Andrew Wheeler, who said the old rule had “overbroad” definitions, cost landowners thousands of dollars and months or years of time and “put more local land-use decisions in the hands of unelected bureaucrats.”

When it was enacted in 2015, the rule was supposed to clarify for farmers and businesses which waters were subject to regulation under the Clean Water Act. WOTUS included rivers, lakes, ponds and other readily identifiable bodies of water, as well as seasonal waters – which might disappear for part of the year – underground water and wetlands.

Arizona Farm Bureau President Stefanie Smallhouse said the rule turned what was once a sensible process for farmers on its head. She said farmers must already meet certain standards on chemicals and pollutants, and that the rule’s inclusion of waterways that do not connect doesn’t make sense in the West.

“We don’t need the 2015 rule to expand upon that because we don’t have the water connectivity they do in other parts of the country,” she said.

Wheeler and Army Assistant Secretary for Civil Works R.D. James, flanked by about 70 business and farm supporters Thursday, signed paperwork that will repeal WOTUS and return the rule to the standards that were in place before. That change will take effect in about two months.

In the meantime, federal officials are developing and presenting a new plan. That process has garnered more than 621,000 comments on the federal regulations website.

Wheeler said Thursday that WOTUS was never supposed to safeguard places where water does not always flow above ground. He said the change recognizes that states and private property owners have say over their wetlands.

“There will be some important waterways that may not be included, but that doesn’t mean they aren’t already regulated under other sections of the Clean Water Act, safe drinking water regulations or state regulations,” he said.

But Sandy Bahr, president of the Sierra Club’s Grand Canyon chapter, said the EPA is “not being honest” about the change’s impact. WOTUS protected arterial waterways, she said, by protecting the less-obvious waters.

“If you take a very narrow view of that and say, ‘Oh, only waters that are navigable,’ then you’re not even going to be protecting those navigable waters,” she said.

Bahr and others have pointed to the San Pedro River, a ribbon-like stream that meanders some 140 miles through southern Arizona and part of Mexico. The stream’s limited navigability means it most likely would not receive protection under the repeal.

“You can talk about these things in the abstract, but when you look at what is happening on the ground already, we’re struggling to protect rivers like the San Pedro River, which is so important ecologically and economically,” Bahr said. “Something like this rollback makes it so much more difficult to do.”

Hartl said that, except for the Colorado River, the change would mean most of Arizona would not be protected. A map included with the center’s study showed much of the Southwest losing Clean Water Act protection without WOTUS.

But Tony Francois, a senior attorney with Pacific Legal Foundation, said he doesn’t think Wheeler went far enough. While the proposed new rule is an improvement over the 2015 rule, he said, it remains too broad in its definitions.

“We’ll have to see what they finally adopt, but we’ve got significant concerns about what they’ve proposed,” Francois said.

Meanwhile, Bahr is certain the proposed rule will be challenged.

“We need to have the most stringent requirements possible to protect what we have left because we have lost so much,” she said.