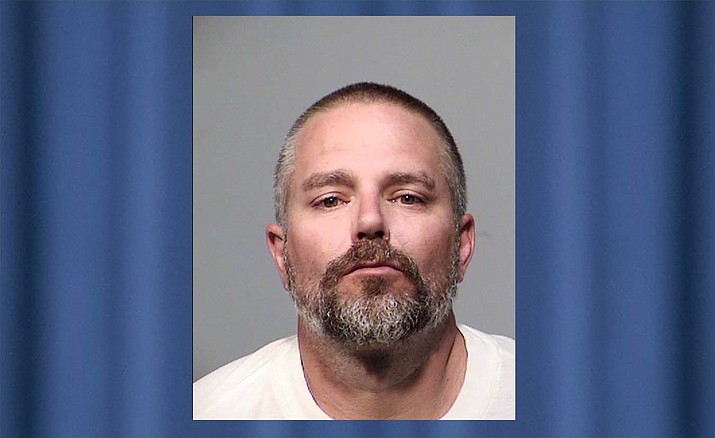 VERDE VILLAGE — Yavapai County Sheriff’s deputies responded to a call about drunk and disorderly behavior from a man who had two young children with him Saturday — and were able to arrest him before he could drive away.

At about 4 p.m. Saturday, YCSO deputies arrested Christian Mattos, 40, of Cottonwood, on two charges of endangerment and a single felony charge of DUI at 0.20 alcohol concentration or higher.

Deputies were dispatched to the Country Store on Western Drive at State Road 260, in the Verde Village area, regarding a man throwing beer cans out his window and yelling at people nearby. It was also reported there were young children in his vehicle.

The first deputy arrived and found Mattos asleep at the wheel of a running white Toyota pickup truck. In the back seat of the truck were a 2-year-old boy and a 3-year-old boy.

The deputy turned off the truck and immediately checked the welfare of the children, who were upset, but “otherwise OK.” More deputies arrived, and it was obvious Mattos was intoxicated.

When Mattos awoke, his speech was slurred and confused, and during a portable breath sobriety test on-site, he registered a 0.21 blood-alcohol content — more than twice the legal limit.

Mattos was booked but has since been released pending court action. The children were turned over to their mother, who had been called to the scene following Mattos’ arrest.

In a news release, YCSO thanked the concerned citizen who called promptly after seeing the actions of Mattos while the children were in the truck.

Citizens can contact the Yavapai County Sheriff’s Office with information or questions at 928-771-3260 or go the YCSO website, ycsoaz.gov.