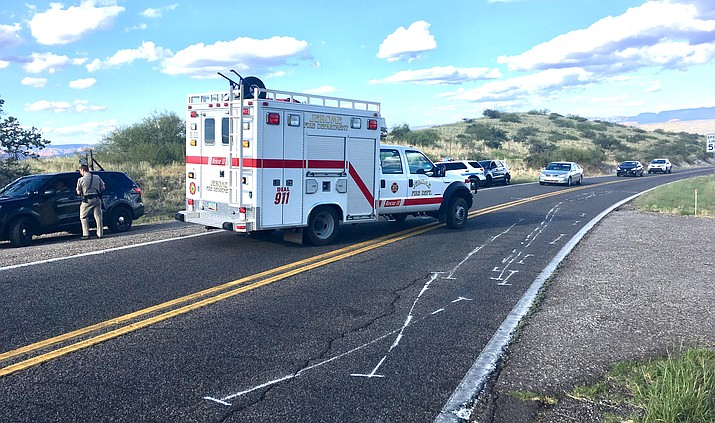 State Route 89A between Number 1 Foods in Clarkdale and milepost 347 was closed for approximately 40 minutes following a motorcycle crash that resulted in two people being taken to area hospitals. VVN/Vyto Starinskas

CLARKDALE – The Arizona Department of Public Safety is investigating a single motorcycle crash that occurred Tuesday on State Route 89A between Clarkdale and Jerome.

Clarkdale police officers responded to the accident between mileposts 347 and 348 at about 3:40 p.m. Tuesday, according to a news release from Clarkdale PD.

DPS Public Information Officer Raul Garcia said the driver of the motorcycle was a 48-year-old man out from Cottonwood. The passenger was a 43-year-old woman of Peoria.

“Impairment has not been ruled out,” said Garcia

State Route 89A between Number 1 Foods in Clarkdale and milepost 347 was closed for approximately 40 minutes.