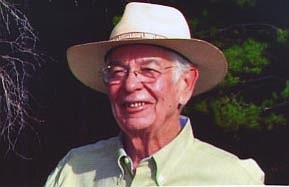 His grandfather was Emil Kovacovich, who arrived in Jerome in 1902 from his homeland in Yugoslavia, became a successful businessman and owned Mercantile Stores in Jerome, Cottonwood and Camp Verde.

When the mines closed in 1954 the family moved to Phoenix where they established Kays Fine Foods, a successful wholesale food distribution business for many years. Bill successfully ran the business after his father’s death, though it changed with the times to Kays Deli Pack and Kayco Brokerage (a cheese cutting and wrapping distributorship) selling to all the major supermarkets in Arizona, New Mexico and Texas.

An adventurer at heart Bill and his future wife, Lynette (Freedman) Kovacovich, traveled in 1972 through all of Central and South America by any means available seeking adventure and found it in abundance.

After three months of rough travel he bought a 1931 Plymouth pickup in Argentina, drove it up the Panama Highway thru Chili, Peru, Ecuador and Columbia where it became necessary to sell it because his father was ill.

He never lost his sense of adventure and for the rest of his life loved to travel returning to Mexico, Ecuador, Peru, Europe and Asia many times.

A graveside service will be held at Valley View Cemetery in Clarkdale on Saturday, September 21, 2019 at 11 a.m. An online guestbook is available to sign at www.westcottfuneralhome.com