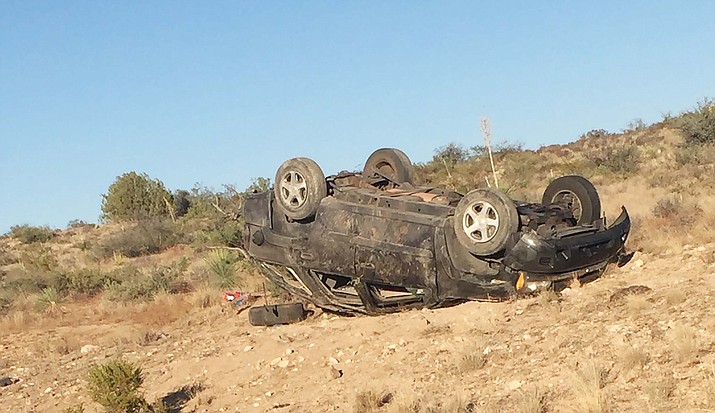 A Sedona woman was killed Thursday in a single-vehicle rollover along Beaverhead Flat Road, about 0.5 miles north of Cornville Road. Courtesy of Yavapai County Sheriff’s Office

CORNVILLE — A Sedona woman was killed in a single-vehicle rollover along Beaverhead Flat Road Thursday afternoon.

About 2:45 p.m. Thursday, Yavapai County sheriff’s deputies were dispatched to the rollover accident on Beaverhead Flat Road, about 0.5 miles north of Cornville Road, according to a report from YCSO.

The driver was ejected from a 2005 Chevrolet SUV. Nicole Walls, 34, of Sedona, was pronounced dead at the scene.

Preliminary indications are that the driver may have overcorrected during turning movements, causing the vehicle to leave the roadway and roll multiple times. Walls was not wearing a seat belt, the report states.

YCSO’s Collision Investigation Team will handle the investigation to determine the precise cause, based on evidence and any witness statements.

Beaverhead Flat Road was closed for about 3.5 hours Thursday while the wreck was investigated.

Walls’ family has been notified.