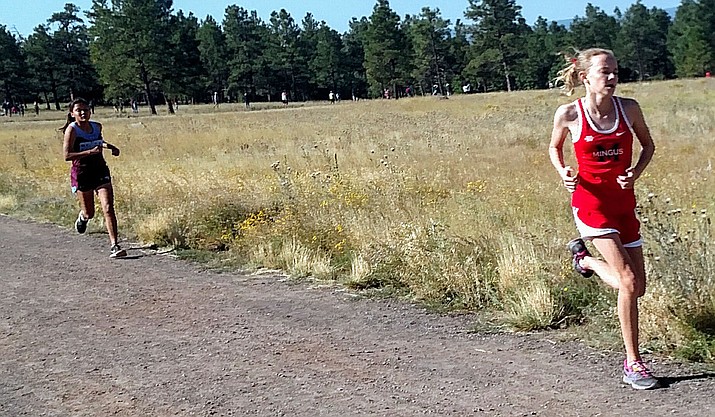 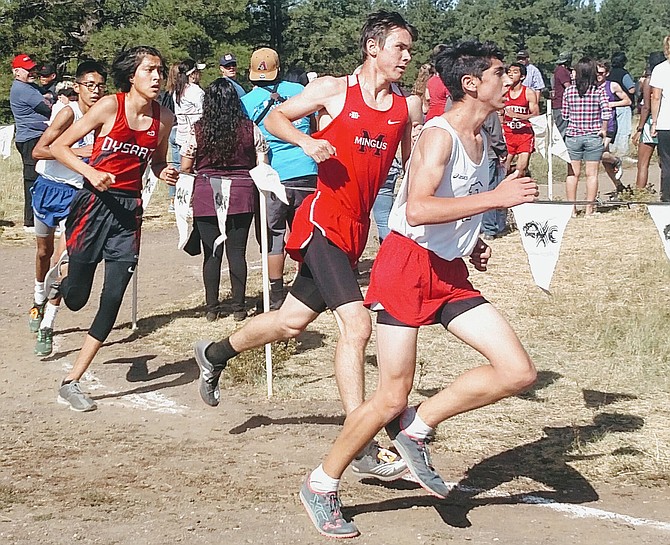 FLAGSTAFF – The Mingus Union girls finished third in a field of 16 teams while the boys were 10th among 25 squads in Saturday’s Four Corners cross country invitational.

In a field of 114 runners, the Mingus girls placed all five of the team’s scoring runners among the top 41 finishers. Freshman Makena Bliss once again led the way for Mingus with a sixth-place individual finish. Bliss covered the 3-mile Buffalo Park course in 20-minutes, 4-seconds.

For Bliss, her time made her the fastest Mingus freshman ever over three-miles, according to athletic.net, erasing the prior best of 20:52 by Sydney Alexander in 2014.

For all classes combined, Bliss’ time was the third best ever over 3 miles by a Mingus runner, according to athletic.net. 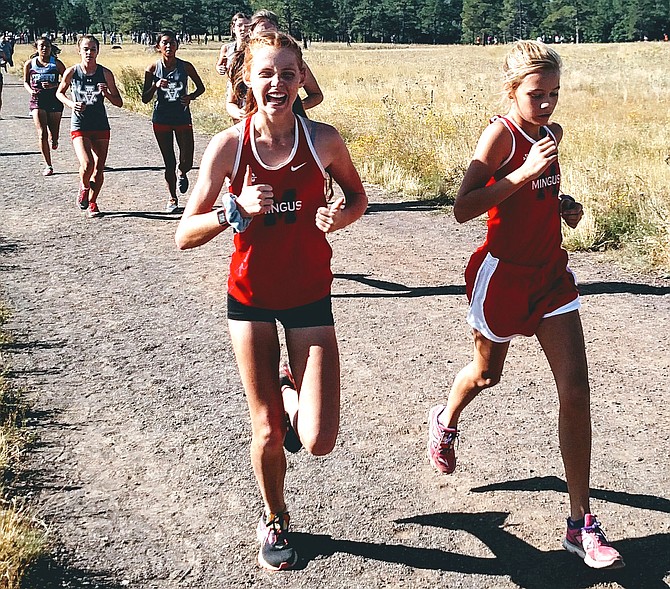 Mingus’ other scoring runners Saturday include sophomore Claire Peterson in 19th place (21:40, a new sophomore class record for Mingus and No. 8 all time for all classes combined); sophomore Aubrey Peterson and freshman Maisie Babcock finished in the 22 and 23 slots with near-identical 21:49 clockings. No. 5 Keeleigh Kreiner, a senior first-year runner for Mingus, was 41st overall in a season’s best 22:49 clocking. 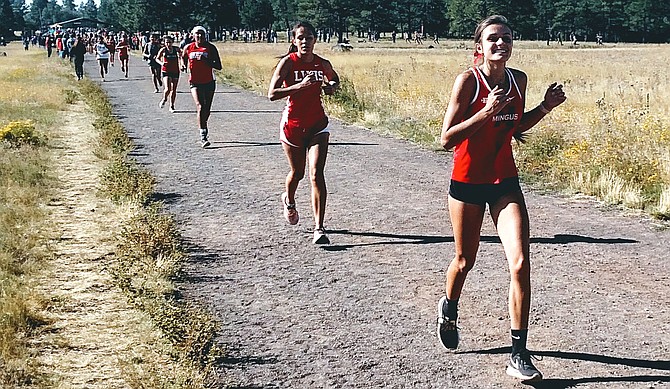 No. 5 Keeleigh Kreiner, a senior first-year runner for Mingus, was 41st overall in a season’s best 22:49 clocking. VVN/Dan Engler 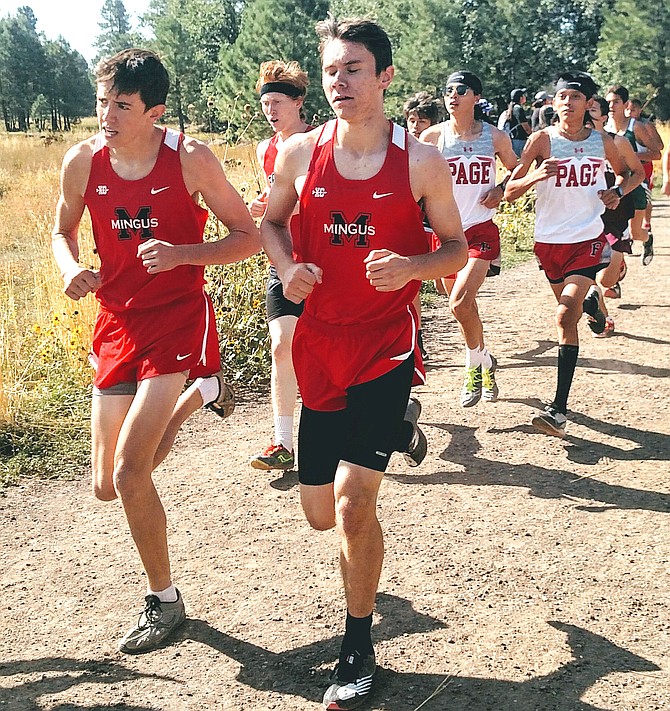 In the boys open race, freshman Cesar Diaz finished 11th among 165 runners in 19-minutes flat. Saturday’s performances by Brekke and Diaz make them the two fastest Mingus freshmen ever over 3 miles, according to athletic.net.

Also competing in the open race, seniors Christian Maciel and John Capite tied for 35th place in 20:10 while sophomore Retief Tapija was 37th in 20:16.

Friday, the Mingus runners will compete in the Desert Twilight meet in Casa Grande, which is one of the premier high school cross country meets in the nation.

Saturday, Sept. 21, Mingus Union sent a contingent to the Camp Verde Cross Country Invitational and had some top finishes.

Senior John Valentine came in at 29th with a mark of 22:18. Freshman Avery Whitesitt was 34th and junior Michael Ault 36th.

Leake was fifth for sophomores and Sauer was the fourth fastest junior.

The Marauders head to Casa Grande for the Nike Desert Twilight XC Festival on Friday.