More than 400 Fentanyl pills, 20 grams of cocaine recovered during investigation 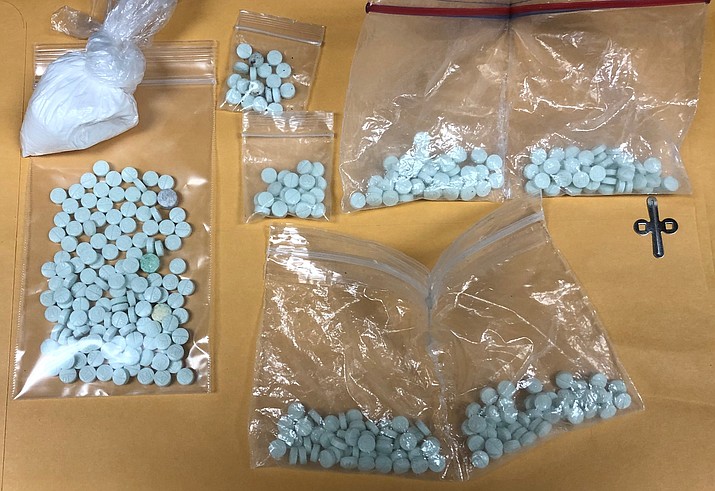 A recent investigation into drug trafficking landed Andrew R. Hererra, 29, of Rimrock, in jail and led to the recovery of more than 400 pills believed to be Fentanyl and more than 20 grams of cocaine. Courtesy of Yavapai County Sheriff’s Office

RIMROCK — More than 400 pills believed to be Fentanyl and more than 20 grams of cocaine was recovered this week in an investigation by the Partners Against Narcotics Trafficking task force, according to a news release.

The Yavapai County Sheriff’s Office announced Monday afternoon that Andrew R. Herrera, 29, of Rimrock, was arrested Thursday, Sept. 19, and was booked into the Camp Verde Detention Center. His charges include Possession for Sale of a Controlled Substances and Possession of Drug Paraphernalia; he remains in-custody on a $50,000 bond. 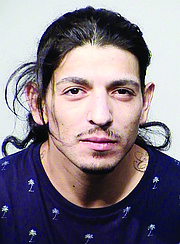 Detectives from the PANT task force developed information regarding the sales of Oxycodone pills known to contain fentanyl from a home in the 4200 block of N. Pima Way, Rimrock.

During the investigation, detectives confirmed the sale of more than 40 pills marked “M/30” by Herrera, who lives in a home on North Pima Way in Rimrock. These pills were eventually seized.

Based on information developed during this part of the investigation, detectives sought and obtained a search warrant for the home on Pima Way. On Sept. 19, detectives served the warrant, and found Herrera in possession of 368 pills marked “M/30”— all presumed Fentanyl — as a result of evidence, obtained during the investigation including admissions from prior sales cases.

At the time of his arrest, Herrera was also in possession of 19 grams of cocaine, and along with two one-gram packages found in his wallet. Detectives recovered small plastic baggies, or bindles, used to contain the narcotics being sold.

Detectives estimate the street value of the cocaine at $2,000 and almost $7,400 for the fentanyl pills.