Editorial: Regulate vaping like anything else; how many have to die? 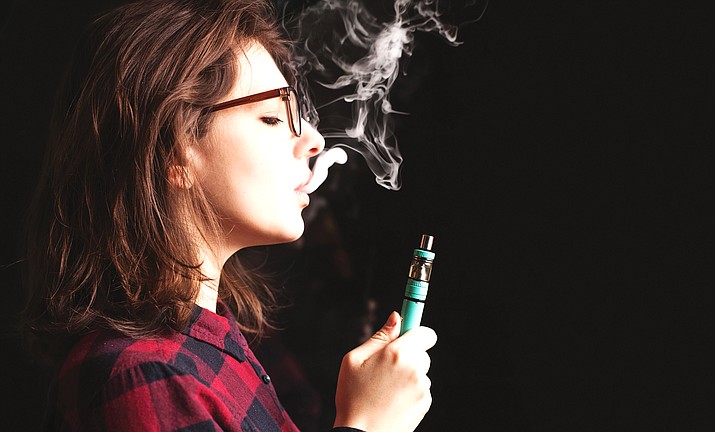 Cottonwood is one of only three cities in Arizona that has a municipal ordinance that addresses vaping by teens. Adobe Photo Stock

Goodyear on Monday joined two other cities in Arizona acting on vaping. Tempe and Cottonwood are also working to protect our youth.

Goodyear, along with Cottonwood, raised the vaping age to 21; Goodyear also added a host of other restrictions.

Goodyear’s new regulations appear to be the strictest in the state, according to the Arizona Republic. City leaders there on Sept. 23 unanimously approved an ordinance that places vaping under the same restrictions as smoking. The new rules will:

• Ban smoking and vaping in public parks and trails.

• Prohibit sales of smoking and vaping materials to anyone younger than 21.

• Ban smoking and vaping at schools and school events.

The big deal is the vote came one week after Arizona confirmed three cases of vaping-related respiratory illness.

The three cases of vaping-related respiratory illness were confirmed last week, all in Maricopa County, making the state officially part of the national outbreak of vaping-related illness, the Arizona Department of Health Services reported.

They join 380 cases reported nationwide in 36 states and one U.S. territory. Six deaths have been reported in six states, according to azdhs.gov’s outbreak index, listing them as California, Illinois, Indiana, Kansas, Minnesota and Oregon.

The patients, who had to be hospitalized, experienced the myriad symptoms of cough, shortness of breath or chest pain; nausea, vomiting or diarrhea; and fever, fatigue or weight loss.

And, all used vaping products — while health officials have yet to identify a specific substance or e-cigarette product that is linked to all cases.

How many people have to get sick or die before lawmakers act? This is a health and safety issue.

This past legislative session saw two efforts to contain vaping fail. One would have raised the age of purchasing tobacco and vaping products to 21. The other also had tight restrictions. Both died because of concerns from lobbyists and overwording; specifically, for instance, one would have prevented local ordinances.

Here is something — vaping — that has swept the nation, first as an alternative to tobacco. It is much more than that, in a bad way, and people — young people?! — are getting sick.

The U.S. Food and Drug Administration was created in the early 1900s because of bad ingredients in elixers, tonics and other products that were making Americans sick. Why is this so different?

“The more difficult we can make it for kids and young adults to get a hold of those products, then we’re accomplishing our mission,” Goodyear Police Chief Jerry Geier said, adding that there will be zero tolerance for vape stores that sell to customers younger than 21.

Local municipalities will and should act as soon as possible, since the state lawmakers will not.