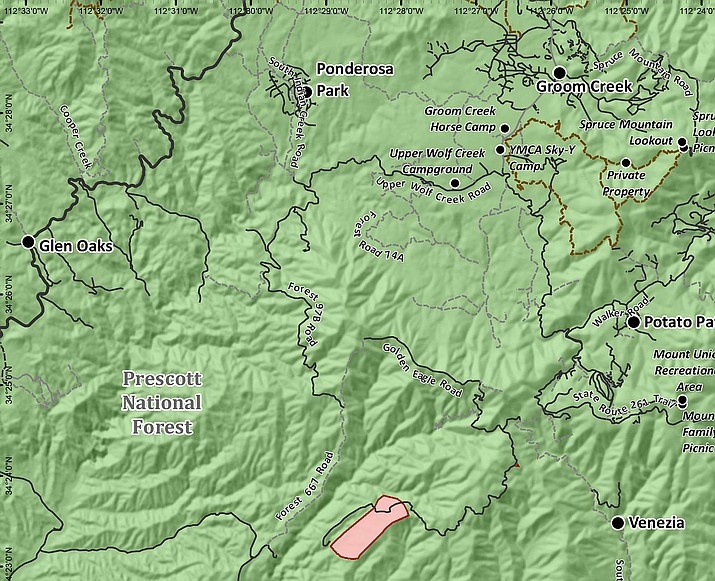 As of Wednesday, the Johnson Fire had burned approximately 210 acres and was active on the north end as it burned in heavy dead and down timber, according to a news release from the Prescott National Forest.

Tuesday and Wednesday, crews worked to secure the perimeter on the north side of the fire and to construct direct fire line and mop up heat along the fire perimeter, the release stated.

“Recent precipitation assisted firefighters by extinguishing heat in lighter fuels, but significant heat remains in heavier fuels, mainly on the north side of the fire where crews will concentrate suppression efforts,” the release stated. “High overnight humidity continues to keep fire behavior at a minimum. Crews are monitoring current and forecasted weather conditions, including the chance of additional precipitation over the fire late this afternoon and evening.”

Yavapai County Sheriff’s Department has lifted the evacuation for the residents located in the Look Out Mountain/Maverick Mountain Area.

The news release warns that in the interest of safety, do not travel in the vicinity of Ponderosa Park, Lower Wolf Creek, and the community of Potato Patch as firefighters and fire-related traffic will be traveling in the area.

“Avoiding these areas will allow firefighters to work and travel safely during suppression operations,” the news release stated.