Shoplifter faces felony charges for less than $10 worth of merchandise 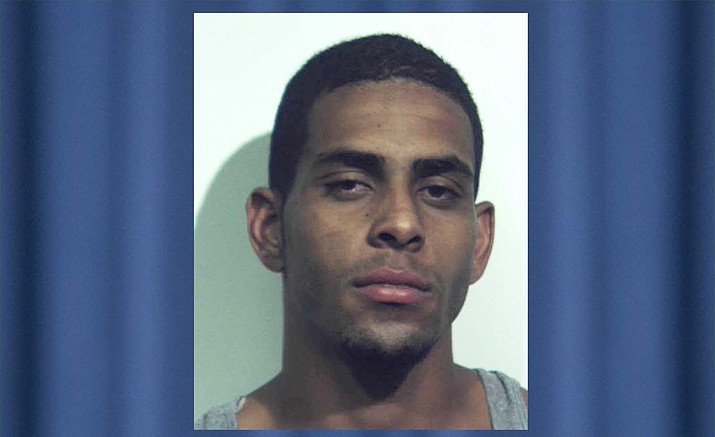 COTTONWOOD — A man who robbed the Cottonwood Walmart of goods worth less than $10 is still facing two felony charges.

Wednesday, at about 11:30 a.m., officers responded to Walmart for someone who shoplifted items but just left the store and “sped off” in a green Ford passenger vehicle, according to a news release from the Cottonwood Police.

Walmart’s Asset Protection employee was able to get a license plate number. Officers recognized the suspect description and vehicle information because of previous contact with that person.

The items he took from Walmart were located in the vehicle in the passenger seat — along with drug paraphernalia commonly used to ingest heroin such as syringes.

The items Martin allegedly stole totaled $9.12 but due to the officer’s familiarity with Nicholas Martin they checked his criminal history to determine whether the typical misdemeanor charge should be filed as a felony shoplifting.

The news release from the Cottonwood Police points to a state statute that calls for felony charges for repeat offenders regarding certain crimes.

Arizona Revised Statute 13-1805.I states: …who commits shoplifting and has previously committed or been convicted within the past five years of two or more offenses involving burglary, shoplifting, robbery, organized retail theft or theft is guilty of a Class 4 felony.

Based on Martin’s criminal history, he qualified for felony shoplifting, even though the merchandise he stole was under 10 dollars.

Martin was booked into the Yavapai County Detention Center for shoplifting and possession of drug paraphernalia; both felonies.