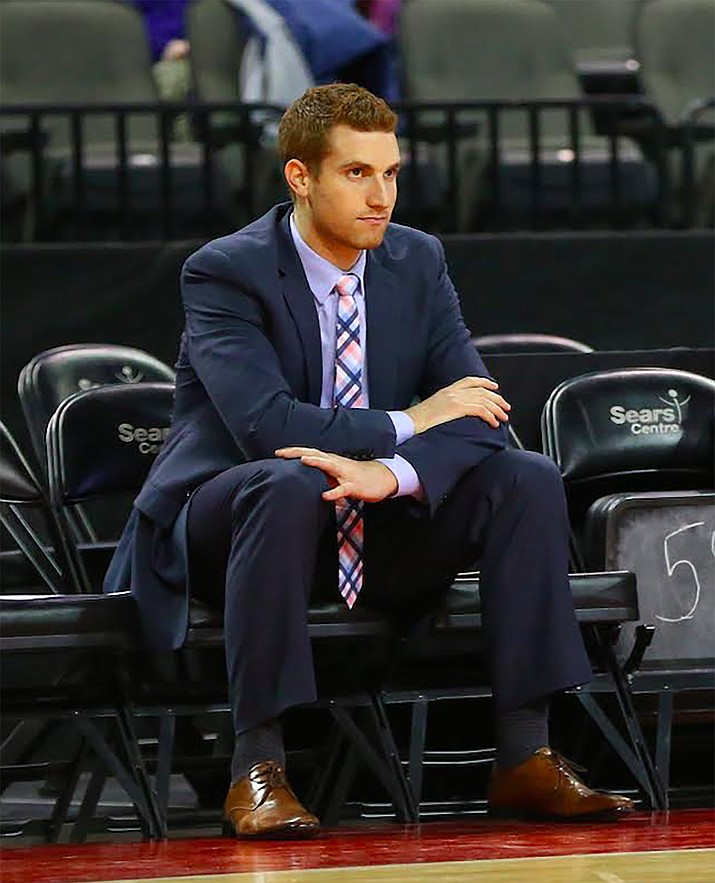 Feld, 31, joins the Suns after a wealth of experience in different NBA and NBA G League front offices. He most recently spent two seasons (2016-18) as the Windy City Bulls Manager of Basketball Operations. Before that, he spent four years in the Cleveland Cavaliers front office and was a Basketball Operations Coordinator when they won the NBA Finals. That same year, he was also the Canton Charge Assistant General Manager when the team reached the NBA G League Eastern Conference Finals in 2015-16.

“We are very excited to have Jeff join the Phoenix Suns organization and lead the Northern Arizona Suns alongside head coach Bret Burchard,” DeBusk said. “Jeff’s professional experience in both the NBA and G League will be extremely valuable as we move into our fourth season in Prescott Valley. We look forward to this upcoming G League season and supporting the Phoenix Suns in the continued development of the players and staff.”

The Denver native returns to Arizona, where he worked with the University of Arizona men’s basketball team for six years, including multiple seasons under Hall of Fame coach Lute Olson and current coach Sean Miller. Feld was the Wildcats’ Video Coordinator from 2006-10, while he earned his degree in journalism. He was U of A’s Assistant Director of Basketball Operations for two years following his time as the Video Coordinator.

“I am honored and excited to be a part of the Suns’ basketball family and want to thank James Jones and Dylan DeBusk for this tremendous opportunity,” Feld said. “My family and I are thrilled to be back in Arizona and I can’t wait to get started.”

PRESCOTT VALLEY – The Northern Arizona Suns are getting set for their fourth season in Prescott Valley, and now fans can get ready too. The team announced that single-game tickets for all of their 2019-20 regular season home games are on sale now.

Tickets start at $10 to see the NAZ Suns in action at the Findlay Toyota Center this season. The exclusive NBA G League affiliate of the Phoenix Suns will start the campaign at home against the Agua Caliente Clippers on Nov. 9 at 5 p.m., presented by Sparklight.

Fans can purchase tickets to see any of the NAZ Suns 24 regular season home games by visiting www.nazsuns.com/tickets, by visiting the Findlay Toyota Center box office, or by calling 928-772-SUNS.

Sunday Fun Day Family Package: Enjoy the last day of the weekend with a family outing. For every Sunday home game, fans can get 4 tickets (sideline corner), 4 pizzas and 4 sodas for only $50.

The Suns will play their first three games of the season at home and 11 of their first 16 games at the Findlay Toyota Center. Of their 24 home games in Prescott Valley, Arizona, 12 will be on Friday-Sunday, and 12 will be on Monday-Thursday. The Suns won their last home game in thrilling fashion, with NAZ forcing a missed three-point shot as time expired to beat the South Bay Lakers 99-96.

Head coach Bret Burchard is returning for his second year at the helm and third stint in four years on the coaching staff. Northern Arizona will get its first visit from the defending champion Rio Grande Valley Vipers on Sunday, Nov. 17, and will face off against former NAZ Suns head coach Ty Ellis and the Stockton Kings at home on Wednesday, Feb. 5. The Suns will conclude their home slate against the Santa Cruz Warriors on Sunday, March 22.