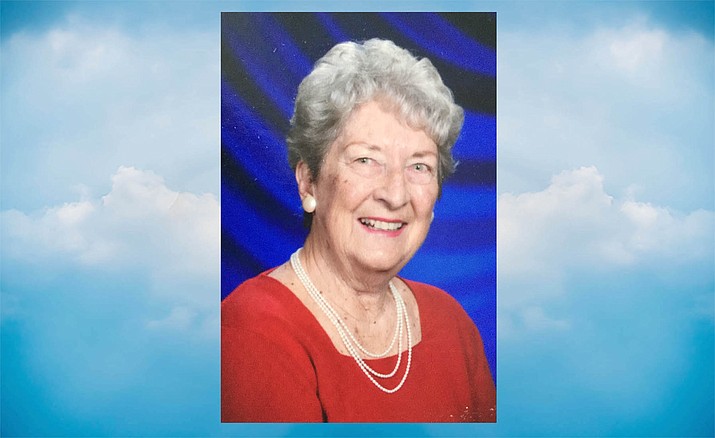 The older sister of two brothers, her natural inclination to faithful, loving service showed at an early age.

After graduating from Grant High School in 1957, she briefly attended business school then found employment in Grand Rapids. Her brother, Curt, introduced her to James Bowser, a handsome new teacher and coach in Grant who swept her off her feet.

Over the 59 years of their marriage, they also lived in Hawaii and Arizona, retiring to her final earthly home in Rimrock, Ariz., in 2001.

She was a devoted wife, a loving mother to five children, and a doting grandmother to eight grandchildren. Her first great-grandchild, due to arrive this coming January, had already found a special place in Jan’s heart.

Jan was an amazing woman whose talents showed in her cooking and baking skills, frequently given as expressions of care to others.

Family and friends enjoyed her delightful cakes, whether a “wacky cake,” or an unusually ornate or original creation.

Special occasions or ordinary family dinners with Mom were incomplete without one of her cakes, a jubilee, chocolate chip cookies, buckeyes, or some other delicious treat.

She often made tacos, pizza, or spaghetti dinners for the high school teams her husband coached. With others she was known for her pancit, a Filipino recipe she learned while living in Oahu.

Her sewing prowess demonstrated Jan’s thoughtfulness in the clothing and quilts she created for her family, as well as keepsake pillows for the high school wrestlers.

Each of her children and grandchildren received a unique, personal and exquisitely detailed quilt expressing both her artistry and her love for them.

She was an active member of the Beaver Creek Adult Center, where she had many friends. Jan loved her church too and was involved in a Bible study group, music and dramatic productions with her church family at New Beginnings Church of the Nazarene in Camp Verde, Arizona.

Family and friends knew how much they meant to Jan because she told them and showed them in so many ways. They knew her as a caring and Godly woman, as described in Proverbs 31: “An excellent wife who can find? She is far more precious than jewels.

The heart of her husband trusts in her, and he will have no lack of gain. She does him good, and not harm, all the days of her life. … She opens her mouth with wisdom, and the teaching of kindness is on her tongue.

She looks well to the ways of her household and does not eat the bread of idleness.

Jan’s highest devotion was to Jesus, her Lord and Savior, whom she looked forward to meeting.

She is now rejoicing with her Savior.