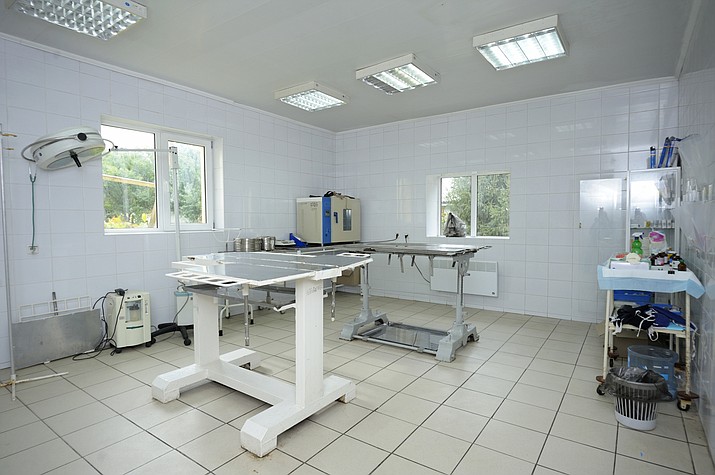 Gov. Ducey's executive order allows for telemedicine treatment only after a veterinarian is "able to gather sufficient information in order to initiative a preliminary diagnoses, following the minimum standard of care.'' It also requires vets to inform animal owners about the limits of telemedicine, as well as offering in-person consultations "if the client is not comfortable or does not provide consent."

PHOENIX - Fido can now get flea treatment by phone.

Or at least the prescription for it.

In the latest of what has been a flurry of executive orders, Gov. Doug Ducey on Wednesday directed that veterinarians may now use "telemedicine'' to diagnose and treat animals the same way that medical doctors now use telephone and computer hookups to deal with their two-legged clients. And the reason for it is the same as the others: COVID-19.

Ducey's order comes two months after the U.S. Department of Health and Human Services issued a public health declaration allowing all medical practitioners, including veterinarians, to use telemedicine to prescribe certain controlled substances to patients even if they have not conducted an in-person medical exam.

In his new order, Ducey said the need to protect veterinarians "requires an expansion of veterinary telemedicine in Arizona for the duration of the state's public health emergency.''

But the governor said this is about more than keeping vets safe.

"Even as we physically distance, we want to ensure that pet owners and livestock producers can access the resources they need for proper care for animals,'' he said in a prepared statement.

"This order allows a veterinary professional to carry out their commitment to caring for Arizona animals, including house pets and farm animals, while Arizona residents practice physical distancing and limit their time away from home.''

It allows for telemedicine treatment only after a veterinarian is "able to gather sufficient information in order to initiate a preliminary diagnosis, following the minimum standard of care.'' It also requires vets to inform animal owners about the limits of telemedicine, as well as offering in-person consultations "if the client is not comfortable or does not provide consent.''

Vets are barred from charging more for a telemedicine visit than they would for an in-person visit. And companies that provide pet insurance cannot deny coverage solely because the service was provided at the owner's home.

Separately Wednesday the governor sent a letter to President Trump requesting a Presidential Major Disaster Declaration from the federal government, what the governor's office described as "a procedural step to pull down necessary federal assets and resources to assist Arizona's COVID-19 response efforts.''

The declaration, if approved, would provide access to expanded mental health care, get legal assistance to low-income Arizonans, and expand food assistance and other services to low-income households impacted by the virus.

Also Wednesday the governor asked federal officials for help for Arizona dairy farmers who are now having trouble exporting their products to Mexico.

In his letter to U.S. Secretary of State Mike Pompeo and Agriculture Secretary Sonny Perdue, Ducey noted that the Mexican Ministry of Health announced last week it would halt administrative operations through April 19. What that means, the governor said, is the inability to get necessary waivers for import permits or other accommodations.

"This has led to an effective halt of dairy products across the border to Mexico,'' he wrote, saying he wants the pair to work with that country to find temporary alternatives to import permits.

In a press release, the governor said Arizona's dairy exports to Mexico last year were more than $150 million.