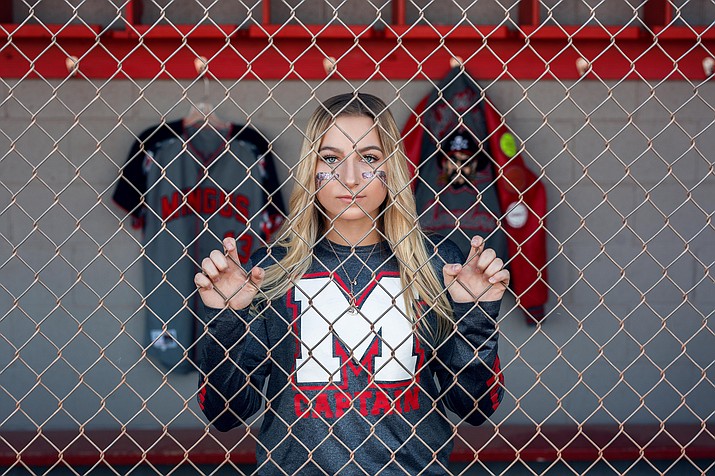 Mingus Union senior Dylan Sweeney said that the COVID-19 crisis has forced her to “start living one day at a time.” Photo courtesy Karl Mullings 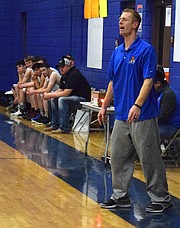 Dan Wall, Camp Verde High School athletic director and varsity head coach, said that while the COVID-19 crisis has been a “tough scenario with which to end a high school career, I have no doubt that each of these young men and women will go on to accomplish great things in their post-secondary endeavors.” VVN/James Kelley

Major League Baseball has discussed fielding its 30 teams in Arizona and Florida sometime this year instead of possibly canceling its season due to the COVID-19 crisis.

Whether or not baseball and other professional sports move games to warm weather cities, plenty of high school student athletes have stepped off the field for the last time.

“We feel terribly for how the seniors had to end their careers,” said Dan Wall, Camp Verde High School’s boys basketball coach and athletic director. “While this is a tough scenario with which to end a high school career, I have no doubt that each of these young men and women will go on to accomplish great things in their post-secondary endeavors.”

A senior at Mingus Union High School, Trevor Hoke has played 13 years of baseball, including little league, middle school and high school ball. But he did not expect to play in college.

“Ever since I was 6, I can remember getting ready to play games in the back seat of my mom’s car,” Hoke said.

Hoke was not a star, although his versatility allowed him to play “almost every position” on the field. But his two favorite positions were the battery – pitcher and catcher.

“They touch the ball the most on the field,” he said. “My last game as a senior in high school, I was able to play both of these positions and hit my first home-run over the fence. I’m happy I could have finished in a strong way.”

Of course Hoke had no idea it would be his last game.

“This virus has made the idea of me playing sports in college much more difficult,” he said. “Before all of this hit, my high school career as an athlete was great. I got to play the sports I love with my friends, and that’s all I wanted. I’m truly blessed to have been able to do what I loved with my friends, family and the coaches right beside me.” 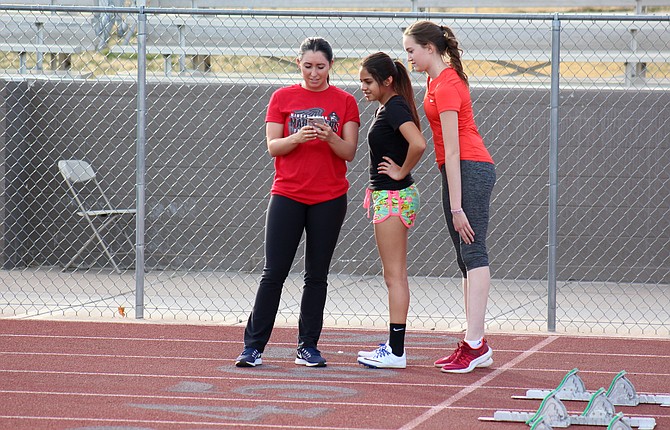 ‘Living life in the future’

Barely a month ago, Dylan Sweeney was “living life in the future.” All that mattered to the Mingus Union senior was her next softball game, prom, the Verde Valley Fair – and graduation.

When the COVID-19 pandemic first hit the news, she “thought it was honestly a joke,” Sweeney said.

“I truly did not understand the severity of the pandemic until it hit our country,” she said. “After a national quarantine was put in place, and I began to realize that my senior year was slowly being taken away, I had to force myself to start living one day at a time.”

Sweeney has plans to play softball next year at Wayne State College in Wayne, Nebraska. Although the COVID-19 crisis put an end to the final quarter of her high school career, she said it was “an opportunity to realize that I needed to appreciate every day that is given to me, live it like it might be the last, and to live in the present not the future.”

“Now that prom, my senior softball season, the last day of high school, graduation, and all of the things seniors wait their whole young lives to experience are taken away, I can’t look forward to those things,” she said. “I was forced to stop living in the future.”

Mingus Union’s baseball season started two days after the football season ended. Behind-the-scenes preparation for the season, said Erick Quesada, the school’s baseball coach, shows “how much commitment these kids put in on a daily basis.”

“Then for everything they worked so hard for to be taken away by something no one can control is just truly heartbreaking,” Quesada said. “Thousands of kids across the country are in the same boat as they are, so as coaches our hearts hurt for not only my kids, but for kids across the nation.”

Quesada said it was a “very emotional conversation” when he told his ballplayers that their season – and for many their careers – were over.

“There was a lot of frustration and just sadness because they had just lost everything they worked so hard for,” he said.

The COVID-19 crisis may not affect Josey Valenzuela’s future. The Mingus Union senior still plans to attend Grand Canyon University and earn a Bachelor’s degree in exercise science with an emphasis in health education. She still plans to pursue a career as a fitness instructor.

But Valenzuela’s track and field career, other than possibly competing with the university’s running club, is over.

“Some of us are never going to step onto that track competitively again, and we didn’t even know it the last time we stepped off of it,” she said.

To pass the time away in a social distancing kind of way, Valenzuela stays occupied by taking college courses online.

“They are up and running, so that I am still able to finish the semester and receive college credit in a couple of months,” she said.

Valenzuela has also spent time on her “many scholarship applications,” and has utilized social media to keep in touch with her friends and teammates.

She also hopes to “one day find myself back on the track as a coach.” 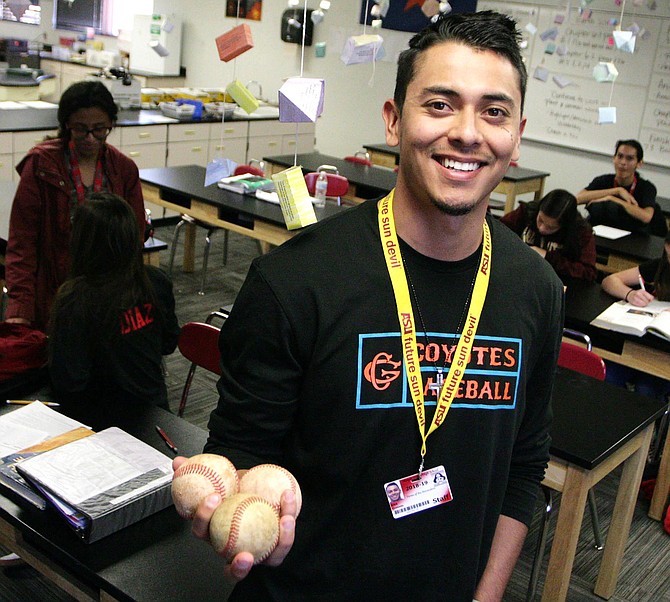 The response to COVID-19 has done something even war couldn’t do – it shut down professional sports. To some people, sports are nothing more than an extracurricular diversion to life’s more important things. To others, sport is a reflection of our freedom – and worth keeping alive.

According to Quesada, sports are “a sense of normalcy in the world.”

“I’m dying inside not having baseball on TV right now,” he said. “I have the privilege of working for USA baseball over the summer in Phoenix and I hope that does not get cancelled because I am just looking forward to seeing 14- to 17-year-old kids just be on a baseball field playing together once again. Just enjoying their time with one another, playing and having a great time with the game we all love. I could care less about the paycheck, the fact I get to see pure baseball of kids who lost a high school season is enough for me.”

Sports aren’t just a matter of normalcy to Mingus Union Athletic Director Yancey Devore. Sports will play a “vital role in our recovery and getting back to normalcy.”

“Historically, sporting events have united people, cities, states and countries,” Devore said. “It’s no different now. A lot of people, athletic and non-athletic, can appreciate the efforts of individuals in a competitive sport. Athletics is essential for us to stay competitive, motivated and disciplined.”