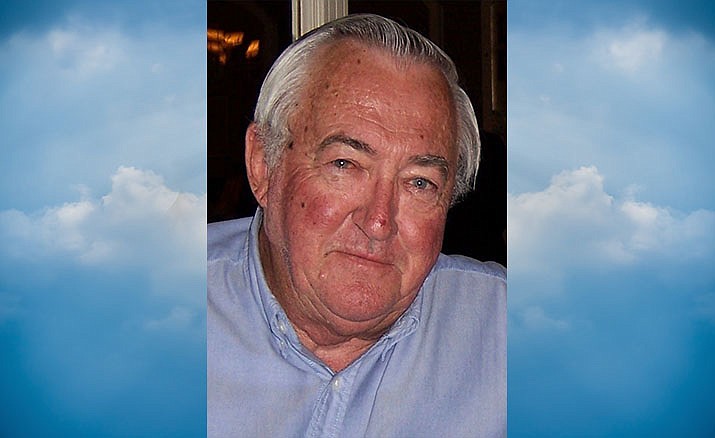 Mark came into this world on April 15, 1937, in Tucson, Arizona, the eldest of four children born to Mary Olive Beadle and Dr. Marcus Wells Westervelt. The Westervelt family relocated to Tempe, Arizona, where Mark spent the remainder of his childhood.

He attended Mount Carmel Elementary School in Tempe, and graduated from Tempe High School in 1954.

Graduating from college at the University of Notre Dame in 1958, he went on to receive a Doctor of Medicine in 1962 from University of California at San Francisco Medical School.

Shortly thereafter Dr. Westervelt wed Colette Wadlow, his childhood friend and love of his life. Mark and Colette were married August 25, 1962. They spent the first two years of their marriage in Martinez, California while Mark completed his internship and residency in family practice.

In July 1964, Mark and Colette moved their young family to Camp Verde, Arizona, a small town seeking a family physician. Dr. Westervelt started a family practice clinic, also practicing at nearby Marcus J. Lawrence Hospital in Cottonwood (now Verde Valley Medical Center). He continued to serve as the ‘town doctor’ for Camp Verde for a remarkable 42 years. He was a practitioner whose life was dedicated to the best interests of those whom he served.

Dr. Westervelt was a man dedicated to his profession, community, church and family. Mark’s professional life was integrated with his dedication to the community of Camp Verde, caring for multiple generations of local citizens. He frequently made house calls for those unable to travel to his office. He performed and assisted in surgical, orthopedic, obstetrics, pediatric, and ICU care at the hospital. He spent countless hours serving as the team physician at Camp Verde athletic events. His home phone remained open for patients to call regardless of the time of day. His family recalls anecdotes of their father setting fractures, stitching wounds, and reducing joint dislocations either in his office or at the family home. Early in his career there were occasions when Dr. Westervelt was required to perform in-home infant deliveries.

Dr. Westervelt was deeply committed to serving the Camp Verde community. He volunteered for sixteen years on the Camp Verde School Board, and spearheaded the construction of three new schools. Support of public education was paramount to Dr. Westervelt as evidenced by each of his ten children attending twelve years of Camp Verde public schools.

He held a special relationship with the Yavapai-Apache community in both sports and medical care. Dr. Westervelt annually provided free physicals for all Camp Verde students, firmly believing that athletics was integral to youth formation and development. He recognized the value of sports and wanted to ensure all students had the opportunity to play.

Dr. Westervelt particularly enjoyed his years as volunteer Little League coach at the local, regional, and state competitive levels. In recognition of Dr. Westervelt’s years of service to the community he was designated Grand Marshal for the 50th Annual Fort Verde Day Parade.

In 2017, the Camp Verde Unified School District formally changed the name of the high school gym to the Dr. Mark J. Westervelt Gymnasium to honor the legacy Mark left to the community as a doctor, school board member, and father. In further recognition of Dr. Westervelt’s dedication to sports and medicine he was awarded the 2017 Arizona Medical Association Sportsman Award.

Church/Faith: Dr. Westervelt was a devoted Roman Catholic. The family initially attended Mass across the valley in Cottonwood but he was later instrumental in the construction of the Saint Frances Cabrini Catholic Church. As a charter member of the parish he served as a Eucharistic Minister, lector, religious education teacher, and attended daily Mass until his passing. Dr. Westervelt had a special devotion to the Blessed Virgin Mary.

Despite his professional and civic accomplishments, Dr. Westervelt’s primary treasure was his wife Colette, their ten children, and their many grandchildren. He strongly encouraged his children’s academic pursuits and selflessly supported their endeavors.

Despite his busy work schedule Dr. Westervelt took great pride in never missing his children’s extracurricular events. He loved to share stories and anecdotes with his friends and family. Mark was a humble, honest, and kind man who always had an interesting thought and a ready smile. Mark relished playing tennis, watching sports, and reading historical, classical, and spiritual books. He truly enjoyed the Wednesday afternoon tennis battles with his dear friends.

During his retirement, his favorite activity was to spend time with Colette at their Nutrioso cabin in the White Mountains of Arizona. Mark’s sense of humor, zeal for life, and devout faith will endure in the hearts of all who knew him.

Funeral services will be provided through Bueler Funeral Home, Camp Verde. A public memorial service of Dr. Westervelt’s life will be held at a later date.

As an expression of sympathy, memorial contributions may be sent in the form of a Mass intention to St. Frances Cabrini Catholic Church. (928.567.3543).

A special thanks for the kindness and exceptional care given to our father by Maggie’s Hospice Care Services, and to Bueler Funeral Home of Camp Verde.