Arrest made in case of woman found dead in Coconino County
Suspect, 21, was active-duty in U.S. Air Force 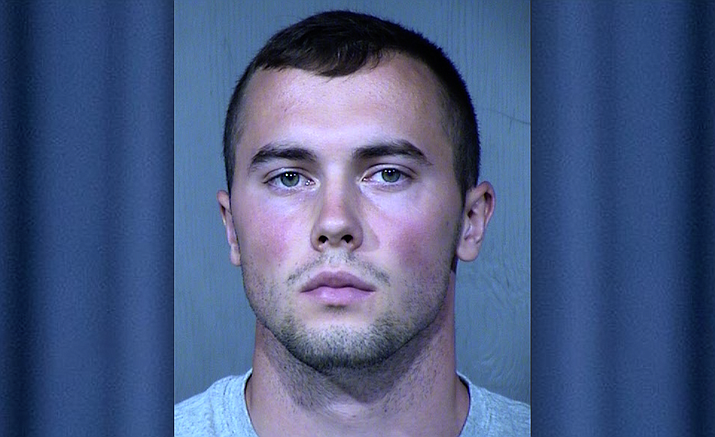 FLAGSTAFF - According to a news release from the Coconino County Sheriff's Office, a 21-year-old U.S. Air Force airman has been arrested for the murder of a woman whose body was found in a rural Coconino County area in February.

Airman 1st Class Mark Gooch, 21, was arrested Tuesday at Luke Air Force Base in the Phoenix metro area in the death of Sasha Marie Krause, 27, of Farmington, N.M.

Krause had been reported as a missing person from the Mennonite Community in Farmington on Jan. 18. Her body was discovered by a man who was setting up camp near Sunset Crater in February, in an area off of Forest Road 545, about 20 miles northeast of Flagstaff along Highway 89, near the Wupatki National Monument.

That area is more than 250 miles from Farmington.

Detectives with the Coconino County Sheriff’s Office, through their investigation, learned that during the time Krause went missing, Gooch had traveled from Luke Air Force Base, where he lives, to Farmington; further investigation placed Gooch near Sunset Crater in Coconino County where Krause’s body was located.

Multiple state and federal agencies worked together on the investigation, which is considered ongoing.

Coconino County Sheriff Jim Driscoll said, in the release, that he would like to thank San Juan County Sheriff Shane Ferrari and his staff for their ongoing coordinated efforts in the investigation, as well as the Department of Public Safety Crime Lab, the Glendale Police Department, the Office of Special Investigation Detachment 421, U.S. Air Force and the FBI.