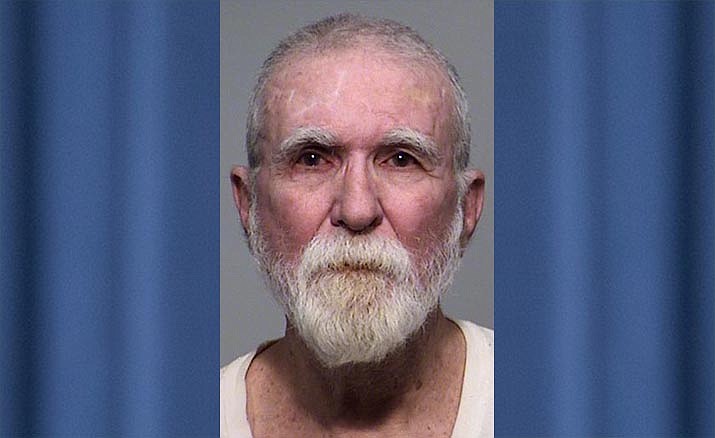 RIMROCK - A Yavapai County Sheriff’s Office theft investigation led authorities to charge a man with failing to provide notice of moving to a different county as a registered sex offender, according to a news release.

Deputies were investigating an October 2019 theft, in which Kenneth Spradlin, 67, of Rimrock, was the subject. Deputies did not know his sex offender status at the time.

Using address details from the theft call, detectives were able to locate and contact Spradlin at his Rimrock home April 21.

Spradlin has an extensive criminal history, including serving prison time in California for a sexual assault.

During a discussion with Spradlin about his sex offender status, Spradlin eventually admitted intentionally failing to register as required to avoid community notification.

Earlier this month, a YCSO detective received information that Spradlin, a convicted sex offender, had failed to register as required.

The last documented registration record shows an address in Phoenix in 2008. Attempts to locate Spradlin since that time were unsuccessful.

Spradlin was booked into the Camp Verde Detention Center on a felony level charge of failing to register after move to new county. He has since been released pending further court action.

YCSO personnel will make efforts to track down sex offenders who fail to comply with registration requirements in light of community safety.

You can track sex offenders who might be living in your neighborhood through sheriffalerts.com. Spradlin’s record is expected in this database soon.