Movies to watch on DVD -- or stream 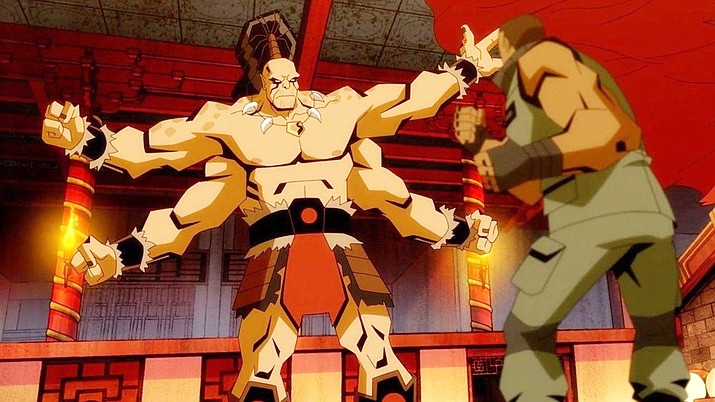 Once in a generation, the aging warlock Shang Tsung hosts an interdimensional martial arts tournament where the victor will challenge him for the fate of their homeworld.

But deep below in the depths of the Netherrealm, the sorcerer Quan Chi makes an offer to a troubled soul who lost both his family and clan from genocide by restoring him as a specter bent on revenge, Scorpion.

Rated R for strong bloody violence throughout and some language.

Blake Lively stars as Stephanie Patrick, an ordinary woman on a path of self-destruction after her family is tragically killed in a plane crash. When Stephanie discovers that the crash was not an accident, she enters a dark, complex world to seek revenge on those responsible and find her own redemption.

Based on the novel by Mark Burnell, from director Reed Morano (“The Handmaid’s Tale”) and the producers of the James Bond film series, The Rhythm Section also stars Jude Law and Sterling K. Brown.

Rated R for violence, sexual content, language throughout, and some drug use.

Jane, a recent college graduate and aspiring film producer, has recently landed her dream job as a junior assistant to a powerful entertainment mogul.

Her day is much like any other assistant’s: making coffee, changing the paper in the copy machine, ordering lunch, arranging travel, taking phone messages, onboarding a new hire. But as Jane follows her daily routine, she grows increasingly aware of the abuse that insidiously colors every aspect of her work day, an accumulation of degradations against which Jane decides to take a stand, only to discover the depth of the system she has entered.

Rated R for some language.

The story of Michelle Payne, the first female jockey to win the Melbourne Cup.

Rated PG for some thematic elements, language and suggestive comments.