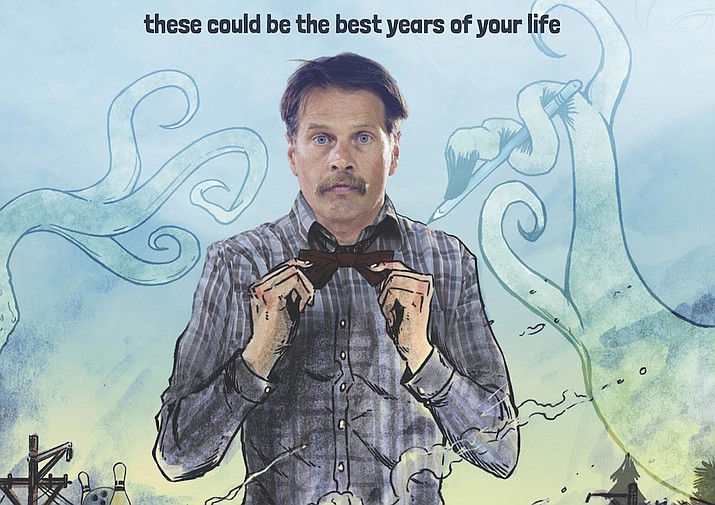 "Phoenix, Oregon" is “the sort of movie a lot of us need right now," said Joe Leydon of Variety.

“We are excited to collaborate with some terrific distributors to bring a bit of the Mary D. Fisher Theatre experience to your home,” said festival director Patrick Schweiss. “We are partnering with them to bring you several new indie films still in their theatrical release window and now available for you to stream at home from the best seat in your house!”

Here is a list of the current MDF@Home offerings. Visit www.SedonaFilmFestival.org for details and information on how to order the film screenings.

“Driveways” played to rave audience reviews at the recent Sedona Film Festival and stars the late Brian Dennehy. This encore virtual screening is lovingly dedicated to his memory.

Over the course of a summer and with Del’s encouragement, Cody develops the courage to come out of his shell and, along with his mother, finds a new place to call home.

Also a hit at the recent Sedona Film Festival, “The Dog Doc” is making a return for virtual screenings for your enjoyment.

A founding father of integrative veterinary medicine, Dr. Marty Goldstein and his colleagues in South Salem, NY have created a mecca for holistic care, offering hope to scores of previously hopeless animals (and their owners). Combining conventional medical training with cutting edge alternative therapies, Dr. Marty’s deeply empathetic philosophy offers a vital example of how improving overall health rather than merely treating disease is transformative for all living things.

As Goldstein and his staff interact with animals, the stakes are high and it is often touch and go as we watch the owners, some who have traveled great distances, struggle with the reality of whether or not their pets will live to see another day.

“The Dog Doc” poses a serious question about whether we are over medicating our pets, our children, and ourselves, while offering an immersive view into a seldom seen world to paint a complete picture of the dedication and joy of being a veterinarian.

In the early seventies, the world was watching as Chile democratically elected Socialist leader Salvador Allende. His political ideals and aspirations—among them providing education for all children and distributing land to the nation’s workers—terrified the country’s right-wing, as well as the U.S., who helped orchestrate a military coup that replaced him with dictator Augusto Pinochet.

This tragic history has been well documented, but Italian director Nanni Moretti (Caro Diario, Ecce Bombo) adds an angle many viewers may not know about: the efforts of the Italian Embassy to save and relocate citizens targeted by the fascist regime. Told through the testimonies of those who were there, Santiago, Italia is a chilling depiction of living under junta rule and an ultimately inspiring expression of hope amidst dire circumstances.

Who doesn’t like bowling and pizza? Old high school buddies mired in the midlife blahs, Bobby and Carlos do the math and decide to take the leap, reopen the local ten-pin alley, throw in Carlos’s world famous pies, and get back on track.