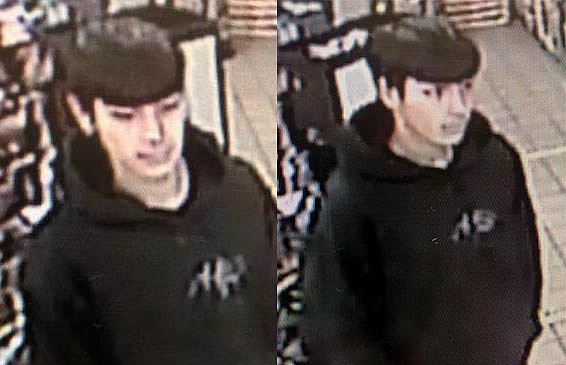 This 16-year-old boy is being held in connection with an April 12 auto theft in the Cottonwood area. (YCSO photo)

COTTONWOOD — The suspect in an auto theft earlier this month in Cottonwood has been identified as a 16-year-old boy from Maricopa County, Yavapai County Sheriff’s investigators announced Tuesday in a news release.

According to the news release, the boy was “already in custody outside Yavapai County on unrelated charges” when he was “located and identified by Yavapai County sheriff’s investigators as the suspect sought in this case.”

The boy allegedly entered a home in the 1700 block of Kerley Lane in Cottonwood and removed keys for a white 2011 Chrysler Town & Country minivan sometime between 8:30 and 10:30 p.m. Sunday, April 12, according to a previous YCSO news release. The boy then allegedly took the vehicle from the garage at the residence.

Although the vehicle was later found abandoned near Mingus Union High School, the boy was seen dressed in all black, getting out of the vehicle and getting into a similar white van and driving away on Camino Real.

Upon inspection of the stolen Chrysler, Yavapai County Sheriff’s deputies discovered the engine to be damaged beyond repair.