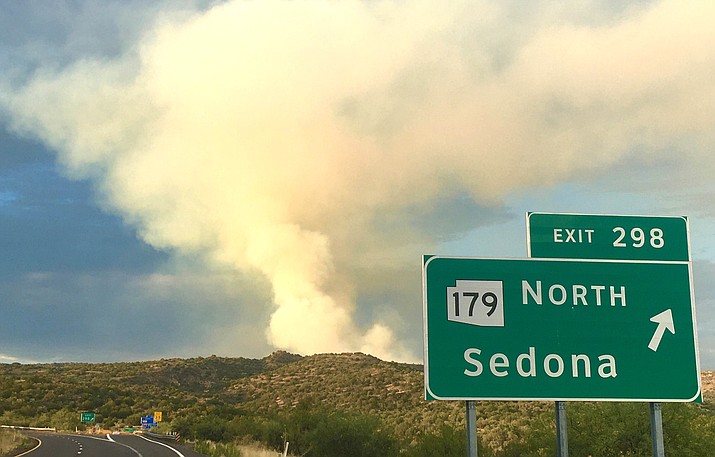 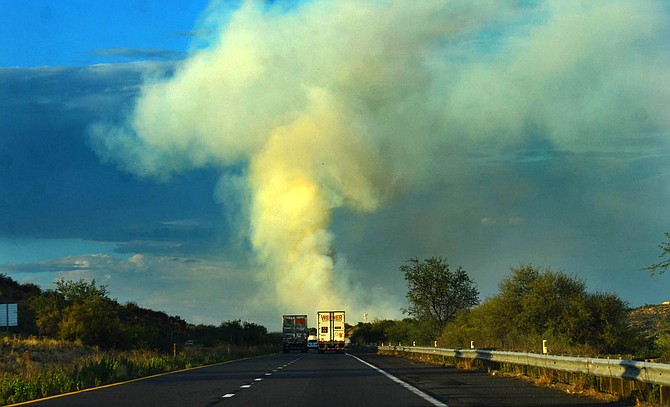 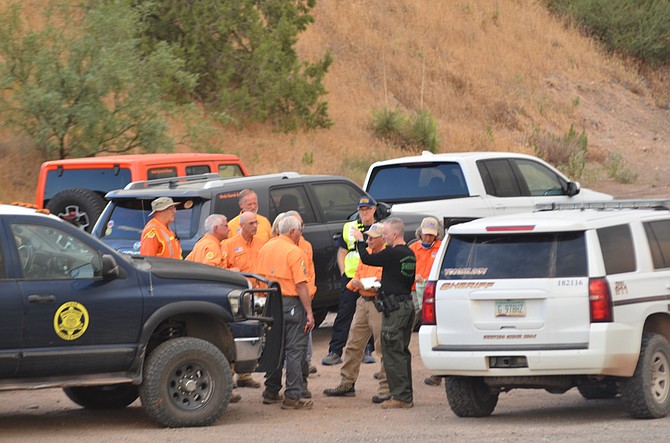 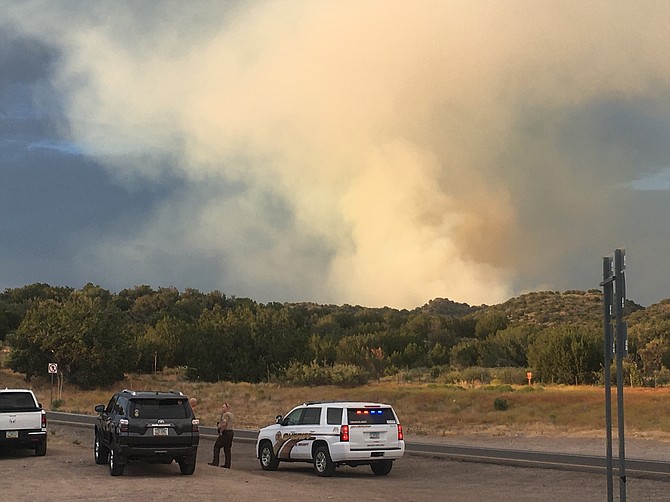 The Pig Fire, named due to its proximity near Pig Trough Tank, was reported about 4:45 p.m. yesterday and started on the east side of the northbound lane of I-17, growing to about 120 acres as of this morning. Cause is unknown at this time and under investigation. The fire currently poses no risk to any structures, homes, or communities.

Fire crews conducted some burnout operations late yesterday evening and may conduct more today. The fire is burning is pinyon juniper, heavy grass, and brush and will move toward the northeast as the day progresses. However, thunderstorms later in the day could change the direction, as well as smoke impacts to communities.

Current resources on scene include a Hotshot crew, six engines, a fuels crew, one water tender, one dozer, and partner agency personnel from Arizona Department of Transportation, Department of Public Safety, and Yavapai County Sheriff’s Office. In total, approximately 80 firefighters are assigned to the fire.

Lane restrictions exist on the northbound side of I-17 near the Sedona exit, so motorists should plan for additional time when traveling north.

Updates will be provided as they are received, and shared via news release and Coconino National Forest social media accounts (Facebook, Twitter).

The fire appears to be far enough away to keep the interstate open. The smoke can be seen from Jerome and Camp Verde. It's difficult to know how many acres are burning until we get an official word from the fire departments.

Copper Canyon Fire and the U.S. Forest Service responded to the call.

Driving to Cottonwood Saturday evening, a slight glow could be seen from the fire as lightning lit up the sky to the east and west of the fire. VVN/Vyto Starinskas