Three arrests made; more than a gram of heroin allegedly in vehicle 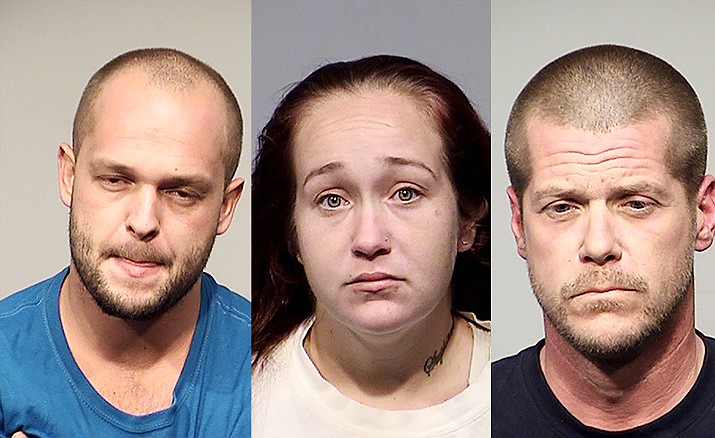 At about 9 p.m. Friday, according to a news release, a Cottonwood officer conducted a traffic stop on a silver Oldsmobile Alero in a residential area of Cottonwood. During the stop, the driver, allegedly Stone, was identified based on information the officer had already obtained specific to at least one of the occupants being involved in drug sales.

The department’s K-9, Kratos, conducted a narcotics sniff. A subsequent search of the vehicle revealed more than one gram of heroin, $1,400 in cash, various drug paraphernalia and a handgun reported stolen from a location in the city of Buckeye.

All occupants of the vehicle were arrested and booked into the Yavapai County Detention Center.

Stone is being held without bond. Couch and Hill and are being held on a $5,000 paper bonds.