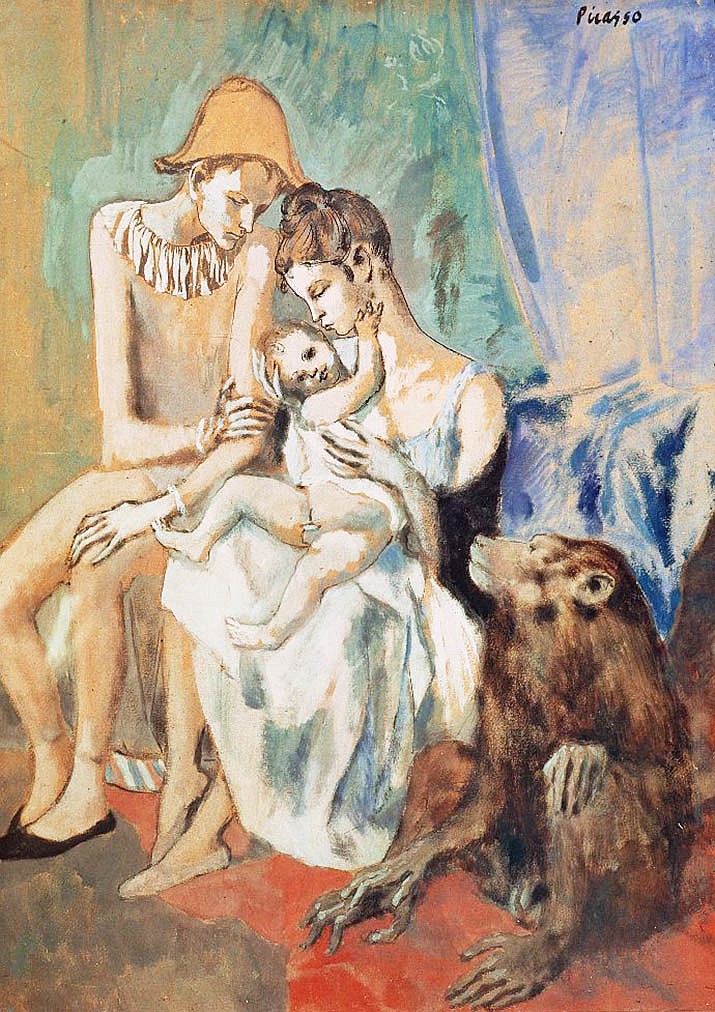 "Family of acrobats with monkey" is a 1906 painting by Pablo Picasso. With the Mary D. Fisher Theatre temporarily closed, the Sedona International Film Festival presents The Art Series, part of its new “MDF@Home” program. The festival, this week, will feature the encore of the award-winning “Young Picasso.”

With the Mary D. Fisher Theatre temporarily closed, the Sedona International Film Festival presents The Art Series, part of its new “MDF@Home” program. The festival this week will feature the encore of the award-winning “Young Picasso.”

Visit www.SedonaFilmFestival.org for details and information on how to order the virtual ticket.

Pablo Picasso is one of the most famous names in art history, his image and his art are everywhere, yet few know the remarkable story of his rise to greatness.

“Young Picasso” takes an in-depth look at the journey of Picasso’s life and traces his path to genius.

Directed by Phil Grabsky, this extraordinary detective story looks in detail at the elements that drove one small boy from southern Spain to such heights.

Three cities play a key role: Málaga, Barcelona and Paris. “Young Picasso” explores each and illustrates why they were so significant.

In close collaboration with five major European museums -- Museo Picasso Málaga, Fundación Picasso-Museo Casa Natal, Málaga, where he was born; Museu Picasso de Barcelona, where the most extensive collection of his early works is held; Museu Nacional d’Art de Catalunya, Barcelona and the Musée national Picasso-Paris, in the city Picasso called home “Young Picasso” offers unique insight into the artist’s masterpieces at each of these remarkable institutions as well as additional insight from historians, curators, letters from friends and lovers, and Picasso’s grandson Olivier Widmaier Picasso.

This carefully crafted documentary, filmed over two years, includes two critical periods in Picasso’s life – the Blue and Pink Periods – but does not overlook the years before those which are, though much less well-known, absolutely formative.

The film culminates in New York, at the Museum of Modern Art where one of Picasso’s works has been on permanent display since the 1930s: Les Demoiselles d’Avignon.

Painted by Picasso when he was just 25 years old the painting is now considered ground-breaking yet at the time it was scorned and rejected.

Malén Gual, Senior Curator at Museu Picasso de Barcelona comments: “This film brilliantly shows what a solid artistic training Picasso had and what remarkable paintings he produced from an early age. I have worked for decades on Picasso and I was so impressed and excited by seeing his works -- and the whole thrilling story -- revealed on the big screen.”

To view the film:

Log on to www.SedonaFilmFestival.org and click on the MDF@Home: The Art Series link under the Events tab on the home page for links to order virtual screenings of this or any of these films. For each title, a portion of all sales will benefit the Mary D. Fisher Theatre and Sedona International Film Festival.