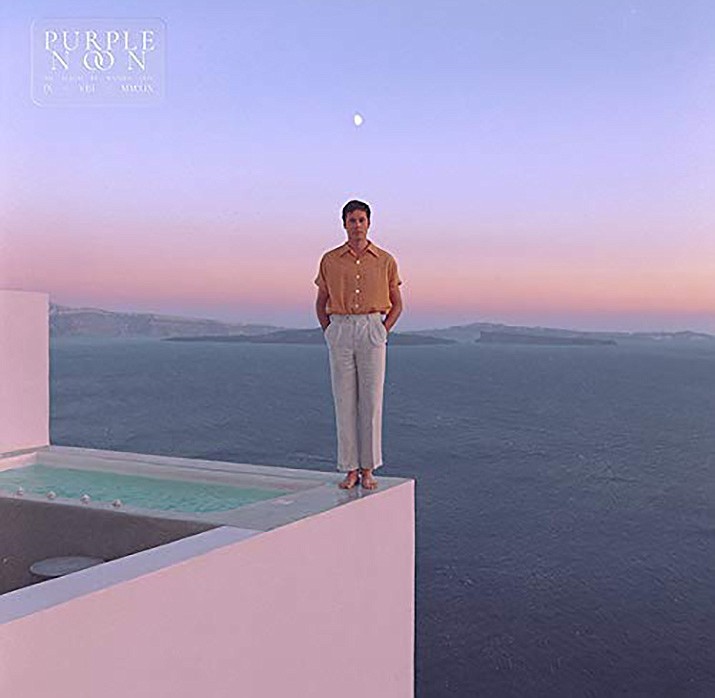 Here are some of the albums being released this summer.

Over three enchanting, critically-lauded albums and an EP, his music has proved both transportive and visual, each release inviting listeners into immersive, self-contained universes.

With Purple Noon, his fourth album, Greene delivers the most accessible Washed Out creation to date.

Life of Leisure, Washed Out’s 2009 debut EP, set the bar for the Chillwave era, shimmering in a warm haze of off-the-cuff Polaroids and pre-IG filters.

Within and Without, his 2011 full-length debut on Sub Pop, morphed into nocturnal, icy synth-pop and embraced provocative imagery. 2013’s Paracosm was Greene’s take on psychedelia, with a full live band and kaleidoscopic light show, and saw him playing to the largest audiences of his career.

The sample-heavy Mister Mellow (2017, Stone’s Throw) delivered a 360 audio/visual experience, with cut-n-paste and hand-drawn animation to match the hip-hop influences throughout the album.

Tracks: Too Late, Face Up, Time to Walk Away, Paralyzed, Reckless Desires, Game of Chance, Leave You Behind, Don’t Go.

“Whoosh!” sees Deep Purple for the third time joining forces with producer Bob Ezrin, who invited the band to Nashville to write and record new songs. Together they created the most versatile album in their collaboration.

Deep Purple “stretched out in all directions” without any limitation, letting their creativity go.

“Deep Purple is putting the Deep back into Purple” was the half-joking motto in the studio after the first songs made it clear that Ezrin and Purple were on their path to creating an album pushing the boundaries of time, while voicing their resentment about the current situation of the world and addressing all generations.

In recent years, Deep Purple has progressively moved into new areas, piquing the interest of fans who were not born when the mighty Purple machine ruled the music world.

“In Rock” (1970), “Machine Head” (1972) and “Made In Japan” (1973) catapulted Deep Purple to the top in concert grosses and album sales around the world, with tracks such as “Smoke On The Water” ascending them to mega-status.

Tracks include: Throw My Bones, Drop the Weapon, We’re All the Same in the Dark, Nothing at All, No Need to Shout.

A fan favorite, their album How To Be A Human Being was one of the most critically acclaimed records of 2016. Now, Glass Animals is back with new album, DREAMLAND.

Their second full album, How to Be a Human Being, received critical acclaim and won in two categories at the 2018 MPG Awards for UK Album of the Year and Self Producing Artist of the Year, as well as a spot on the Mercury Prize shortlist.

Tracks include: Dreamland, Tangerine, It’s All So Incredibly Loud, Waterfalls Coming Out Your Mouth.

Eight Gates is the last collection of solo studio recordings Jason Molina made before he passed from complications related to alcoholism in 2013.

Recorded in London around the time of the supposed spider bite and Jimi’s supposed parakeets, some of the songs (“Whispered Away,” “Thistle Blue”) are fully-realized - dark, moody textures that call to mind his earlier work on The Lioness.

Knowing what we know about those parakeets and their peppered presence on the recordings, one can’t help but think of that colorful tree of birds on Talk Talk’s classic Laughing Stock, certainly a spiritual guide for much of the set.

On the closer, “The Crossroads and The Emptiness,” Molina snaps at the engineer before tearing into a song in which he sings of his birthday.

Tracks include: Shadow Answers the Wall, The Crossroad + The Emptiness, Be Told the Truth, The Mission’s End, She Says.

Mary Chapin Carpenter –The Dirt And The Stars

Five-time Grammy-winner Mary Chapin Carpenter’s, The Dirt And The Stars, finds the singer-songwriter pondering life’s intimate, personal moments and exploring its most universally challenging questions at an unprecedented time.

Written at her rural Virginia farmhouse before stay-at-home orders became the new normal, the songs celebrate invaluable experiences and irreplaceable wisdom, while also advocating exploration of the best in all of us.

As one of just 15 women voted into the Nashville Songwriters Hall of Fame, with more than 15 million albums sold, five Grammy awards (from 15 nominations) and the recipient of two CMA and ACM awards, Carpenter’s now-classic hits include “I Feel Lucky,” “He Thinks He’ll Keep Her” and “The Hard Way.”

Produced by Ethan Johns and recorded at Peter Gabriel’s Real World Studios in Bath, in southwestern England, The Dirt And The Stars marks Carpenter’s first collection of all-new material since 2016’s The Things That We Are Made Of.

Tracks include: Farther Along and Further In, All Broken Hearts Break Differently.