Man accused of calling in bomb threats arrested in Colorado 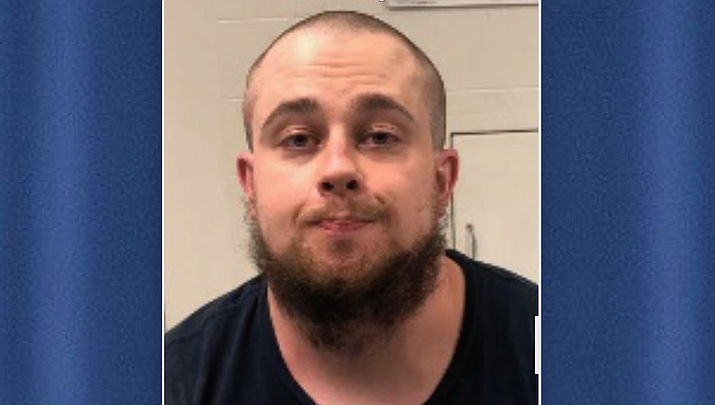 A Prescott-area man was arrested in Colorado, according to a news release from the Yavapai County Sheriff’s Office, for calling in a bomb threat to a dispatch center and other facilities.

Jake Ruether, 29, is charged with making terrorist threats, false reporting, use of an electronic device to terrify, and threatening. The charges stem from threatening calls he made to the Prescott dispatch center on July 26, along with other government buildings, the release states.

Ruether was located and arrested in Colorado. He is currently in the Las Animas County Jail, awaiting extradition back to Yavapai County on another outstanding warrant, YCSO said in the release.

In the mid-afternoon hours of July 26, according to the release, an unidentified man called the Yavapai County Sheriff’s Office Dispatch Center and stated, “there is a bomb in the building,” and quickly hung up.

Due to the broad, nondescript nature of the threat, operations at the Yavapai County jails in Prescott and Camp Verde, as well as the Chino Valley Police Department, were severely diminished or shut down for several hours.

The release says a specially trained group of Yavapai County sheriff’s deputies from the Terrorism Liaison Officer program were assigned to investigate the origin of the threat. TLOs have access to resources through a network of law enforcement agencies that aid in gaining intelligence on terrorism-related matters.

That team continued investigating the phone used to call in the threat. This, YCSO says, revealed the caller to be Ruether.

Further investigation revealed Ruether had made bomb threats against other jails, police departments and court houses in Kansas, where he also has ties, the release says. Ruether also made several threats to individuals and he threatened to shoot up schools, YCSO said.

YCSO deputies then worked with the United States Marshal’s Service to attempt to locate Ruether in order to take him into custody, locating him in Trinidad, Colorado.

Wednesday, Aug. 5, in a combined effort with the U.S. Marshals Service and local and state police in Colorado, authorities were able to verify Ruether was at a residence in Trinidad.

A team of officers found Ruether at the residence, despit his attempts to flee inside the home, the release says. The officers gave chase, and after a brief scuffle, Ruether was taken into custody.