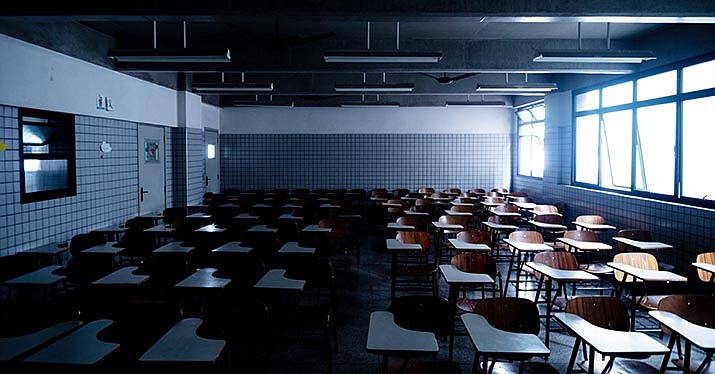 PHOENIX - State health officials may now have standards of when they think it's safe for kids to go back to school.

But a new statewide survey of likely voters shows that most Arizonans are not comfortable with the idea, even if the state gives the go-ahead.

And Democrats are even more reticent about sending their kids off.

The survey conducted earlier this month by OH Predictive Insights finds just 26 percent of 603 people questioned said they are "very comfortable'' with the idea of children in classrooms. And another 13 percent described their feeling as "somewhat comfortable.''

That is against 57 percent who are very or somewhat uncomfortable.

But pollster Mike Noble said it appears that at least some of these people can be swayed if they are convinced that schools are implementing certain safety measures.

So, for example, that 39 percent of those with some level of comfort rises to 58 percent if school officials say they are cleaning the buildings and the equipment at the end of each day. And 53 percent said they would be confident enough if schools conducted temperature checks of students and staff daily.

The survey also shows that, at least in one respect, the proposals unveiled earlier this week by the state Department of Health Services are on the right track in knowing what parents want.

That checklist sets the conditions under which schools can take the first steps to reopening, meaning "hybrid'' instruction, with students in class some of the time but getting some of their education online or through remote assignments. And it specifically tells schools that one of the things they need to do is mandate cloth face coverings for both students and adults.

Imposing that requirement, the poll shows, brings the comfort level up to 52 percent.

Of note is that parents are more willing to accept those additional measures as proof it's OK for their children to return to the classroom.

For example, 57 percent of those with children younger than 18 say just the mask requirement alone gives them confidence that children are safe in school, versus the 52 percent for the general population.

And a promise to clean schools each day brings the comfort level of parents about school safety up to 70 percent.

But Noble also found that there was no pleasing some people -- especially among Democrats.

He asked everyone how they would feel if all of the safety measures suggested would be put in place. That includes not just school cleaning, temperature checks and masks but having fewer students in the building at once, having hand washing or sanitizing stations in every classroom,implementing rules to limit physical contact between students, and even prohibiting outsider visitors from entering the building at all.

All that was enough to bring the comfort level of Republicans up to 76 percent. Independents were a bit less impressed, with 62 percent saying they were very or somewhat comfortable.

And Democrats? Only 4 percent were very comfortable, even with all that, with another 21 percent said they were feeling somewhat comfortable.

There was also a partisan split reflected in another question when Noble asked how they feel about how Gov. Doug Ducey and other public officials, including state schools chief Kathy Hoffman, have handled the pandemic's impact on Arizona schools.

A total of 32 percent of Republicans described themselves as somewhat or very unsatisfied. Among Democrats the figure was 58 percent.

The recommendations from the Department of Health Services released Thursday suggest that schools do not even consider any return to in-person learning before certain conditions have been met. That includes reducing local COVID-19 caseloads to less than 100 per 100,000 population, two weeks where the number of tests that come back positive is less than 7 percent, and two weeks where fewer than 10 percent of folks showing up at hospitals have COVID-like symptoms.

But even when the benchmarks are reached, health officials say other precautions remain necessary.

For hybrid-learning situations, presumably with fewer children in a classroom at any one time, they want kids kept 6 feet from each other and screening for symptoms. They also want to keep groups of kids together so that if one ends up with the virus it won't spread to the entire school

And even after conditions have returned to the point where it's considered safe to go back to traditional in-classroom learning, the health department is recommending some things continue, including enhanced cleaning, teaching kids proper hand-washing and sneezing etiquette, and monitoring absenteeism to determine if children are out because of the virus or some other reason.

The survey was done with 37.2 percent of the 603 people contacted through live calls and the balance with interactive responses by touch-tone phone. It included 238 Republicans, 207 Democrats and 158 independents and has a margin of error of 4.0 percentage points.