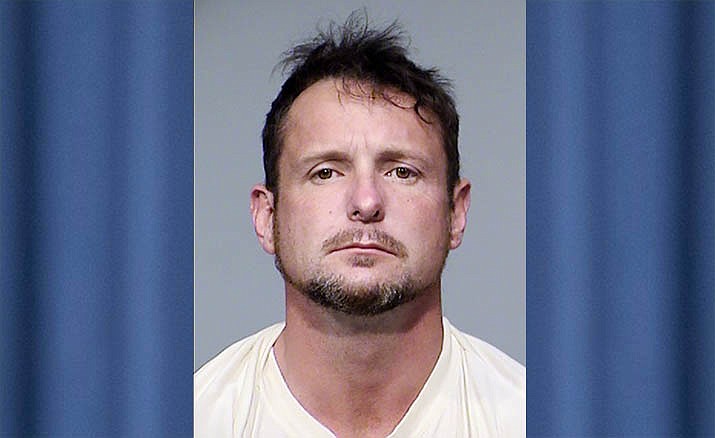 James Edward Stewart, 42, of Cottonwood, was arrested on felony drug charges after being found Friday evening in possession of more than 50 grams of methamphetamine. VVN Courtesy of Cottonwood Police Department 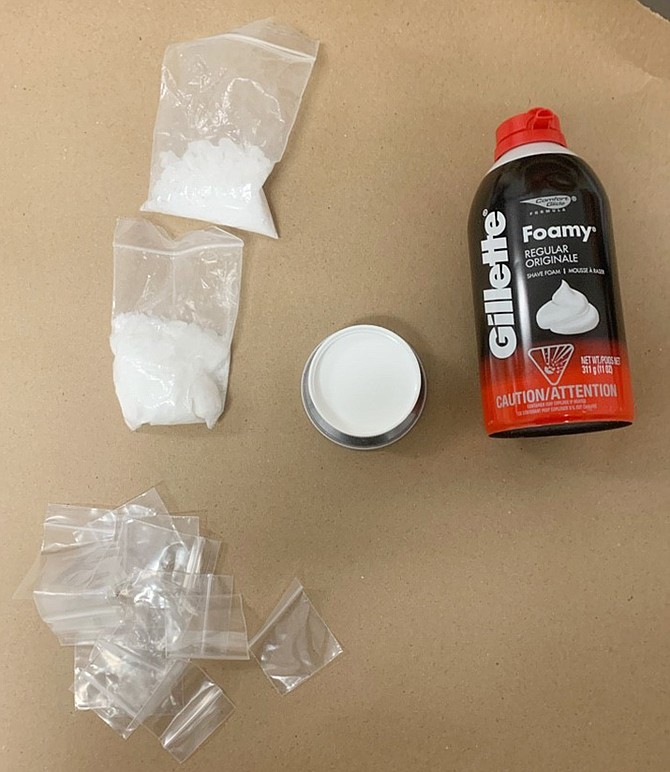 Some of the meth was stored in this Gillette “hide-a-can” shaving cream container. VVN Courtesy of Cottonwood Police Department

COTTONWOOD – A Friday evening traffic stop led to a felony drug arrest, according to a news release.

About 7:30 p.m. Friday, Aug. 7, a traffic stop was conducted on 42-year-old Cottonwood resident James Edward Stewart at East Cherry Street and South Main Street. A Cottonwood police officer had knowledge that Stewart was driving on a revoked driver’s license, the release states.

A K9 narcotics sniff was performed by K9 Kratos on the black 2005 BMW, leading officers to more than 50 grams of methamphetamine, or almost two ounces.

The drugs were in multiple places: a Gillette shaving cream hide-a-can was in the trunk and almost two grams were found inside the vehicle.

Drug paraphernalia, such as syringes and a meth pipe, were also found.

Stewart was booked into the Yavapai County Detention Center for several felonies related to possession of meth for sale. He also had pending meth sales charges from Partners Against Narcotics Trafficking and booked on those charges as well.