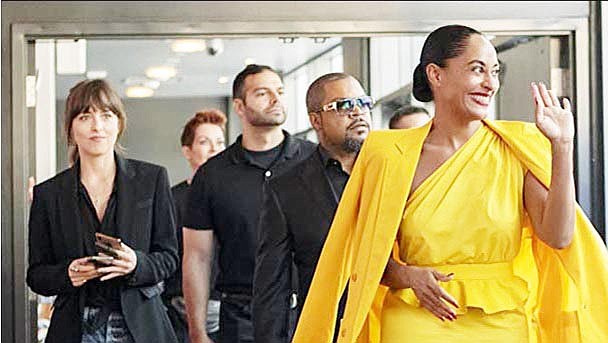 Here are some new movies you can get on either DVD or through streaming services.

Maggie has been a personal assistant for the famous singer Grace Davis for three years. She’s overworked and misunderstood.

In fact, some people in the music industry think that she’s merely an intern who has been working for Grace a few months.

Grace is an aging, beloved icon who hasn’t produced a new record in years. She wants to release new songs to her fans, but men in her life, including her manager, don’t feel that it’s a safe bet.

The only way these two women can take back control of their careers and lives is if they help one another.

Rated PG-13 for some strong language, and suggestive references.

How to Build a Girl

A teenager lives with her middle-class family in England on a council estate.

Her experiences as a teen and young woman inspire her to become a successful music journalist. However, her professional and creative experiences cause internal conflict as she strives to make the right decisions in her work and personal life.

Based loosely on the life of Johanna Morrigan, the main character in the movie also discovers her sexuality while blossoming as a journalist.

Rated R for sexual content, language throughout and some teen drinking.

Max Reload and the Nether Blasters

A video game store clerk must go from zero to hero after accidentally unleashing the forces of evil from a cursed Colecovision game ... Max Jenkins’ gaming fantasies collides with reality when a legendary lost installment of the Nether Game series appears on the store counter of his workplace, Fallout Games.

2038: George Almore is working on a true human-equivalent AI.

His latest prototype is almost ready. This sensitive phase is also the riskiest. Especially as he has a goal that must be hidden at all costs: being reunited with his dead wife.