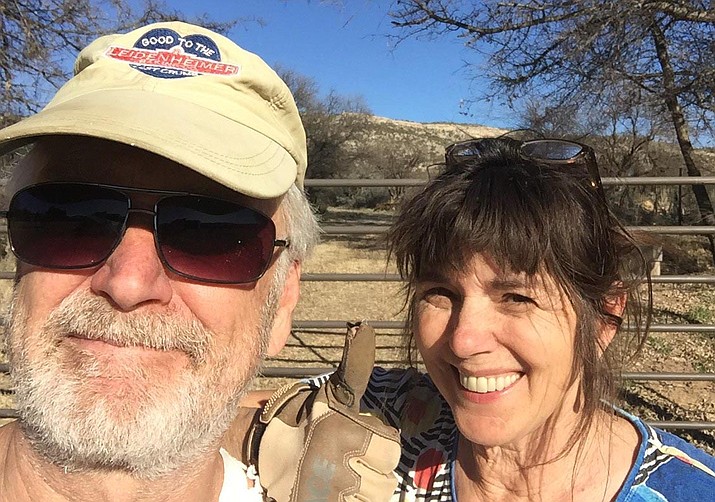 Heads up, fellow citizens, our Yavapai County Supervisors are leading us into a COVID-fused, economic minefield. Already in debt and ignoring the uncertainties of our economic future, they continue to spend as if the US economy were booming, but it is not, especially for rural communities.1

In these uncertain times we should watch how the county spends our tax dollars, and the Road To Nowhere (Verde Connect) is a glaring example.

What exactly does this mean?

First, it means the county is now preparing to spend at least $30 million (and we estimate much more) for a bridge and highway across the Verde River.

Sedona, VOC, Prescott, Cottonwood, Clarkdale, Camp Verde and Beaver Creek communities, this road is NOT going to help you.

Cornville, this project is going to increase the already overwhelming traffic in your, once, peaceful town.

If this project goes through, money will not be available for our REAL traffic problems. What the proposed highway IS going to do is lead traffic to a nearly empty stretch of State Route 260, where it will help private investors build commercial interests - just one more example of selfish, self-interest at the expense of taxpaying citizens.

Second, the project means yet another section of the Coconino National Forest and Verde River will be paved, needlessly. Riparian areas (lands naturally nourished by surface water) make up only 0.4% of our state, and yet 70% of our endangered animals depend on it -- just as we depend on the Verde River to keep the green in “Verde” Valley. 2

The four-lane bridge and paved highway through the Coconino National Forest will cut the environment to pieces.3,4,5 How many more times can we pave our paradise before it disappears?

Third, development and tourism are steadily overwhelming our towns and roadways, so we must choose our traffic projects carefully.

The Town of Camp Verde designated Middle Verde a rural and agricultural Character Area to encourage locally grown foods, preserve farming heritage and protect the Verde River, because farms act as an environmental buffer. But formerly dead-end roads like Middle Verde, when turned into through-roads and connector highways, bring traffic and development.6,7 Middle Verde includes over 600 acres of irrigated land (Can you hear the developers rubbing their hands together?). Bye, bye Middle Verde.

The county supervisors did not listen to the Yavapai Apache Nation when they said they would not allow the project to touch their lands; nor Middle Verde residents with over 900, signed petitions opposing the project; nor the Town of Camp Verde, Jerome or Beaver Creek Community Association, who opposed the project, unanimously; nor the overwhelming number of other Yavapai County citizens who have voiced their opposition.

Throughout the two-year “public” process and despite the mandate to consider NO BUILD as an option, the project champion made his opinion clear: “We’re building the road. People need to get that in their head.”

Proponents will claim the project has been planned for over 20-years, but times change, and so have our traffic needs. Proponents will also tell you this project is about safety - evacuation and emergency access - but there are folks in other communities, like Beaver Creek-Montezuma, who REALLY need an evacuation option, but are ignored, while Middle Verde already has an option via Arena del Loma, with two, new fire stations planned.

Proponents will tell you that by 2045 the project would add only 40 additional vehicles to Middle Verde Road, but the County’s seed grant estimates a more realistic 4,500 vehicles per day. Unbanked, hilly, winding and shoulder-less Middle Verde Road is already at capacity at 600 vehicles/day. And what is the county doing to make Middle Verde safer? Nothing, because the county says Middle Verde is Camp Verde’s problem. Folks are going to get hurt.

Finally, proponents will tell you that there was a fair and open process to approve the project. But discussions were a farce with little to no consideration given to alternative connectors that would have bypassed the neighborhood, and there was no real consideration of the NO BUILD option.

As a neighborhood we have spent two-years and over $35,000 showing FHWA and the county why the project needs a full evaluation (Environmental Impact Statement), including impacts to Middle Verde, but the FHWA’s determination of “No Significant Impact” appears predetermined, before public comments were ever considered.

Finally, we asked to be part of the project discussion (after all, the project runs right past our homes), but we were denied a seat at the table. And you know what they say, folks, if you are not invited to the table, you are probably the meal.

Is there anything we can do to stop this expensive Road to Nowhere? Yes. We can write our supervisors, state and federal representatives and object to the Coconino National Forest, which must create a Land Plan Amendment to allow the River and national forest to be paved.

The contact information for these public servants, who ought to be working for us and watching our tax dollars, is available at verdeDISconnect.com, where you can find more information about why the Road To Nowhere should be stopped.

Thanks for listening, fellow citizens. Be safe and be well.

Todd and Diane Scantlebury have lived in Arizona most of their lives. Todd is an engineer/ writer, and Diane is a botanist/ farmer. They moved to Middle Verde in 2000, started a farm and raised two, extraordinary daughters. They are proud of Arizona and the Town of Camp Verde. They were planning to retire on their farm in Middle Verde Road, but…?