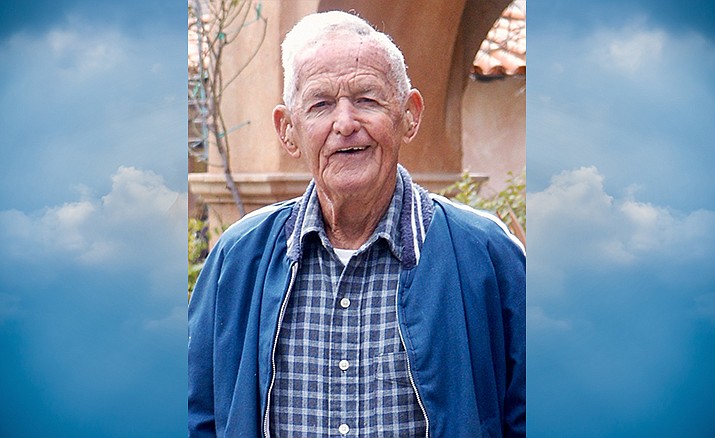 “Jimmy” or “Jim” excelled in baseball and basketball and saw Babe Ruth and Lou Gehrig hit homeruns as a youth.

From 1942 – 1946 he served on the USS Texas as a US Navy sailor in World War II in both the Atlantic and Pacific theaters, at Normandy, Iwo Jima and other historically significant battles. He was the boxing champion on his ship and on occasion fought bouts on shore. This is a man who hated war.

In 1946 he married Dorothy Taylor. They were married 50 years before Dorothy died in 1996. Together they raised four children, three daughters born in New Jersey and one son in Phoenix.

He was active in golf, baseball and other sports, was present for his children’s activities, active in politics, union organizing, marched with Cesar Chavez and the farm workers and volunteer work. He retired from the US Post Office and continued to play baseball weekly through his 80s.

He also ran the mile and quarter mile races in the Arizona Senior Olympics each year into his 80s winning gold medals for all his grandkids. Jim was a gentle and kind man, except when watching sports on television. He taught his children by his actions to question the status quo and to look for the good in people.

After retirement, he clocked a total of 10,000 hours for the John C. Lincoln Hospital Food Bank and was honored at the Bank One Ball Park pre-game.

He moved to Cottonwood in 2004 and worked for the Verde Valley Medical Center and Dead Horse State Park where he added an additional 4,000 hours volunteering. In 2010 he moved to Ashland Oregon where he spent the rest of his life, his last year at Skylark Memory Care.