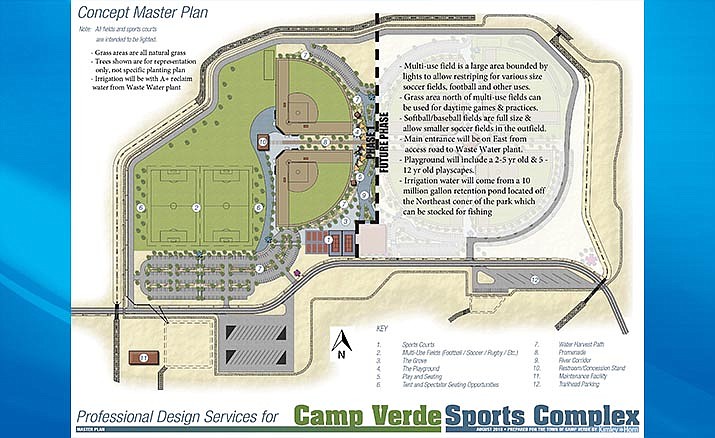 In July, the town applied for a $2.5 million Land and Water Conservation Fund grant, a matching grant.

That means that for Camp Verde to receive the $2.5 million, it must invest another $2.5 million of its own money. That money – all $5 million of it – is committed to finishing Phase 1B of the sports complex off State Route 260 east of the Verde Ranger Station.

On Aug. 5, Martin explained to council that the grant would not arrive until March and that work on the sports complex would need to be delayed.

“They were allocating funds as early as September, October,” Martin said Monday. “Now, not until March. The grant we applied for has been delayed until next spring. That money can’t be spent until they release the funds. Money we spend before we receive the grant is money we don’t get.”

Martin said that although he’s not happy about stopping work on the complex, receiving a $2.5 million grant is something worth waiting for.

“If we finish like everyone thinks we should, we’ll not have any money to match the grant,” Martin said.

Martin said Monday he is planning to hold part of council’s Sept. 9 work session at the sports complex site.