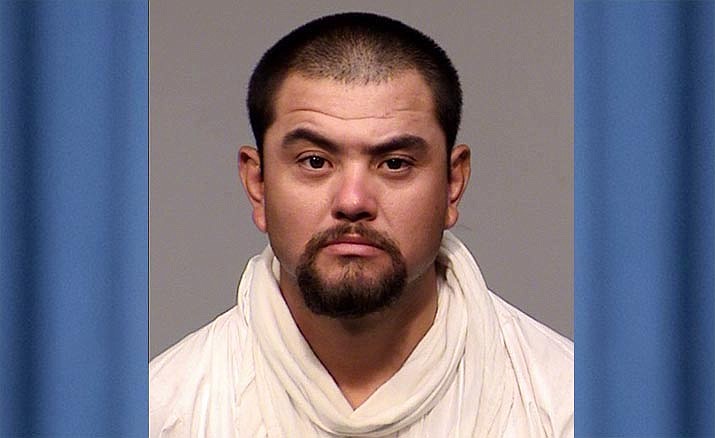 COTTONWOOD – A Cottonwood man is being held at the Yavapai County Detention Center on a $50,000, cash-only bond after police say he broke into a woman’s home, sexually assaulted her and tried to suffocate her, a news release from the Cottonwood Police Department states.

Cottonwood Fire & Medical was dispatched to a residence in the 900 block of East Mingus Avenue, Sunday, Aug. 16, at about 10:50 a.m., for a medical alert activation where an alarm company couldn’t make contact with a 75-year-old patient.

When first-responders arrived, according to the release, they found the front door unlocked, but barricaded with furniture. Firefighters made entry and announced their presence.

They didn’t locate anyone until they got to a bedroom with the door closed, the report says. Firefighters made entry and the door was immediately slammed shut by a man telling them everything is fine.

However, firefighters knew the woman lived there alone, and they contacted Cottonwood police to respond.

Once officers arrived, they got into the bedroom where they allegedly found 35-year-old Cottonwood resident Humberto Antonio Moreno partially clothed laying on top of the woman, suffocating her.

Moreno was pulled off the victim and was handcuffed, the report says.

The woman gasped for air and profusely thanked the first responders for saving her.

The investigation revealed Moreno allegedly broke into the woman’s house, armed with a knife, and sexually assaulted her.

The woman was able to activate her medical alert system, and a short time later, fire and police responded.

The woman was transported to the Verde Valley Medical Center, where she was treated and released, police said.

The investigation is ongoing and additional charges are expected, police said.