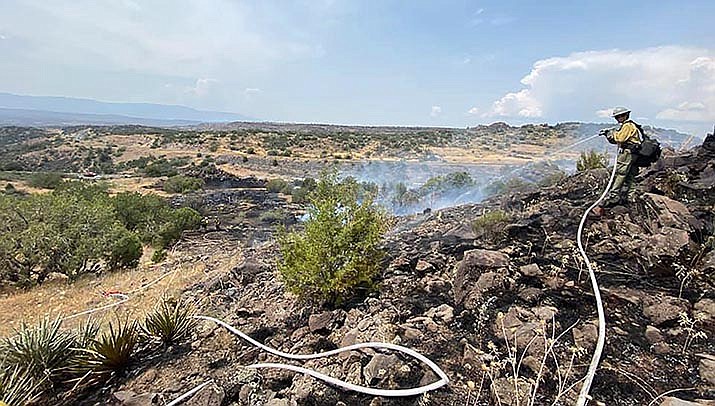 LAKE MONTEZUMA – A fire to the east of I-17 was extinguished fairly quickly Thursday.

Called the “Tank Fire” by Copper Canyon Fire and Medical, the five-acre blaze led to slow traffic along I-17’s northbound lanes at about mile marker 301, about 11 miles north of the exit for State Route 179 and Sedona.

Copper Canyon was aided by the Sedona Fire District and U.S. Forest Service personnel in putting out the fire.

The blaze ran out of places to go, as it was nearly on top of the scar from the Pig Fire that happened earlier this month.

No apparent cause was mentioned by Copper Canyon.