Around The Bluhmin’ Town: heat relief in short supply 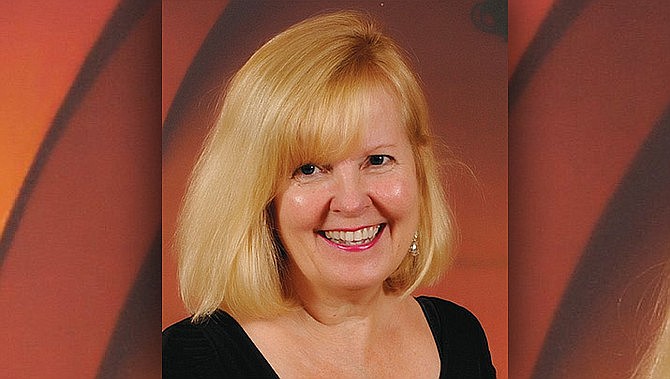 It’s been too hot. Have you been outside lately? The entire State is an inferno. This unrelenting heat has given new meaning to the term “hot flashes.”

Well by now we realize that in Phoenix gloves are essential just to touch the steering wheel in our vehicle after it has been parked outside.

It is the place where flip flop sandals disintegrate and leave people stranded in the middle of a parking lot screaming for help, because one foot down on the pavement results in a trip to the emergency room.

Oh yea, Phoenix is burning up. If things aren’t bad enough, the electric companies are asking customers to turn up the thermostat to avoid a blackout. We are not listening.

Just the other day I was outside at around four in the afternoon, and it occurred to me that I might spontaneously combust (my husband says that I shouldn’t worry about this).

Obviously, I should worry about it. Yikes, there is documented evidence that people have just gone poof – up in smoke – becoming an instant fireball.

All that is left of them is a little pile of ashes.

Some folks say, “think cool” and you will be cool, but my mind is a like a runaway horse, galloping through Death Valley every time I step outside.

Yet I try to keep a positive attitude. I start out pretty happy, until I have to do something that involves a few minutes of outdoor exposure. You know it’s hot when people have to coax their doggies to go outside to go potty.

Getting back to spontaneous human combustion, I think we all need to be careful. It seems that quite a few poor souls have gone up in smoke.

Dear Readers, be very cautious, as the first sign of becoming a human torch is feeling hot, and the second sign is smelling smoke. I asked a local fireman if he thought we should carry around little fire extinguishers, just in case we get overheated. He said it probably wouldn’t help much, because by the time we smell smoke, it’s too late. Very funny.

Okay, let’s face it, we are blessed to live in a beautiful place, but we sure could use more rain (and cooler temperatures).

And lately, heading out of town on I-17 to beat the heat is a nightmare. Brush fires, accidents and slowdowns make it as about as fun as sitting in a parking lot for several hours. Folks are feeling marooned, with nowhere to run.

Even homelife has changed. One man emailed me to say his wife has refused to cook and turn on the oven until the temperatures cool off.

She suggested that he fire up the barbeque, but he said he will not stand outside over a hot grill in sweltering heat. Maybe the new summer diet? It could be a long timr till the temperatures drop and you might get hungry.

Trying to beat the heat? I noticed stores are displaying all things orange related to autumn, like pumpkins and turkey platters. Go take a look. It might bring hope that cooler days are coming.

Judy Bluhm is a writer and a local realtor. Have a story or a comment? Email Judy at judy@judybluhm.com.