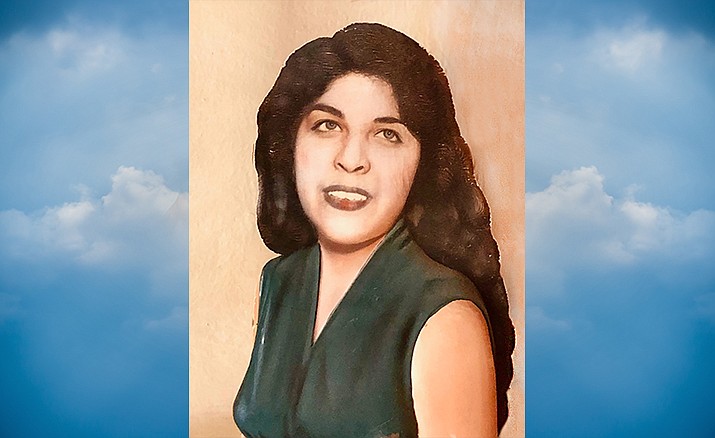 Angela Silva Cortez passed away peacefully at her home in Whittier, California on July 31, 2020 at 7:22 p.m.

Angela (Angie) was born August 2, 1932 in Jerome, Arizona, where she spent her days being chased by tarantulas, trudging through the snow to school, and sleeping every night in a haunted house.

To hear her tell these stories, you’d know these were some of the happiest times in her life.

She was one of twelve children born to Paula Silva Cortez, a homemaker, and Vicente Barrios Cortez, a miner for the Douglas Mine in Jerome.

She would later follow her family to Los Angeles, California, where she married and had her only child, Yolanda (Yolie) Cortez Romano.

Angie enjoyed a long career (over twenty years) with Rapid Transit District. She was beloved by her coworkers and friends, and was affectionately called “Nana” by her family.

She was a strong and independent woman who lived life on her own terms, but always made time to show her family love.

She found joy in motherhood, in her family, in small things like sitting outside with her coffee and watching the birds sing, in watching ghost stories on TV, in her faith in God, and especially in spending time with her grandchildren, whom she adored.

Preceding her in death were her parents, Paula and Vicente Cortez; grandmother, Andrea Barrios Cortez and siblings, Antonia, Felipe, Julia, Silverio, Jesusita, Maria, Consuelo, Ramon and Maria Consuelo. Angie is survived by her daughter, Yolie; her son-in-law, Chris; her sisters, Mollie and Dela and by her beloved grandchildren, Marco and Lilah.

Angie’s services will be held on August 24th at Calvary Mortuary and she will be laid to rest at Resurrection Catholic Cemetery, both in Los Angeles, California.

An online guestbook is available at: https://www.legacy.com/funeral-homes/obituaries/name/angela-silva-cortez-martinez-obituary?pid=196636193&v=batesville.