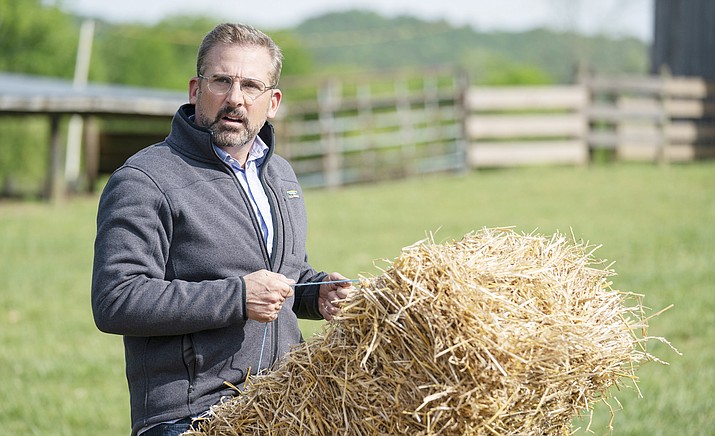 The Mary D. Fisher Theatre is re-opening following CDC guidelines and social distance seating at a limited capacity with the approval of Governor Doug Ducey and his staff.

Written and directed by Jon Stewart, “Irresistible” is a comedy about what happens when a small Wisconsin town becomes the main attraction of our modern-day political circus.

When the Democratic National Committee’s top strategist Gary Zimmer (Steve Carell) sees a video of retired Marine colonel Jack Hastings (Chris Cooper) standing up for the rights of his town’s undocumented workers, he believes he has found the key to winning back voters in America’s heartland.

However, when the Republican National Committee counters him by sending in his brilliant nemesis Faith Brewster (Rose Byrne), Gary is more than primed to up his game.

As Gary and Faith square off, what started out as a local race quickly becomes escalates to a national political battle and a hilarious fight for the soul of America.

“Irresistible” marks a reunion for writer/director Jon Stewart and actor Steve Carell, who was a correspondent on “The Daily Show” from 1999-2005. Carell was the first person to read the screenplay and he was eager to join his former colleague for his second feature film. “I thought Jon did an excellent job with ‘Rosewater’. And I just really wanted to work with him again. He’s so smart and funny, and he’s a great guy.”

Carell was struck by the depth of feeling in the story. “When we first started talking about Irresistible, the thing that really sparked my interest was the fact that it felt very human and funny,” he recalls. “Ostensibly it’s a political comedy, but it’s really not so much about the politics themselves, in my mind. It’s about the human beings that get caught in the middle. In that way it’s a universal kind of movie that doesn’t necessarily lean right or left. But it does expose the absurdity in politics.”