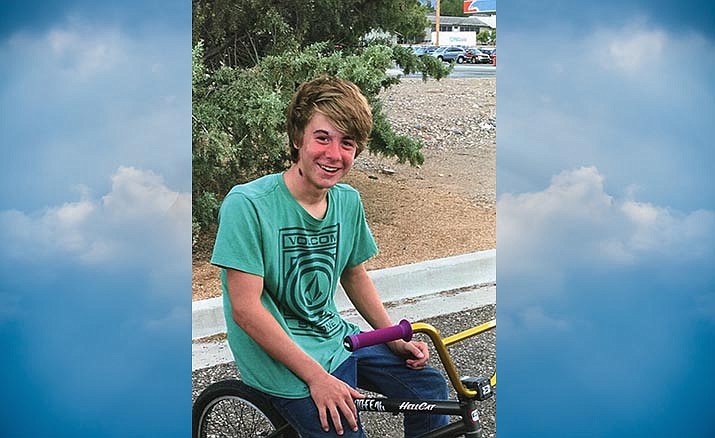 David Isaac Knapp passed away on August 19, 2020. He was 14 years old and had just started as a freshman at Mingus Union High School.

David was incredibly creative, able to see endless potential in the world around him. Sometimes to the chagrin of his family, he loved melting down metal in the backyard and chopping up logs to make new masterpieces.

He spent many hours at the Cottonwood Skate Park learning tricks with his friends and occasionally laughing off a wipe out. He loved working hard with his brothers and dreamed of being an arborist one day after they introduced him to his love of trees.

David’s passion was BMX biking and street riding, and he found a community of other bikers that became like family to him. He was in the process of building his own half pipe and had created a space at home where he and his friends often worked on their bikes. He loved the time he spent developing his many talents with the help of his friends.


He is survived by his mother, Gretchen and his sisters, Kira (Beth Anderson), Alexa and Elsa Knapp. He is also survived by siblings, Micah and Dacia Pryor and Melissa, Joshua, Sam, Joanna and Benjamin Favrow. He was a cherished and adored son, brother, uncle and friend.


The family welcomes anyone with photos, videos and memories of David to share them in the Facebook group titled “Celebrating the life of David Knapp” that was created to facilitate a safe and virtual opportunity to honor and celebrate David’s life.

Donations to support the Knapp family can be made through the GoFundMe linked below or delivered to Verde Christian Academy. https://www.gofundme.com/f/knapp-family-burial-costs-for-david.