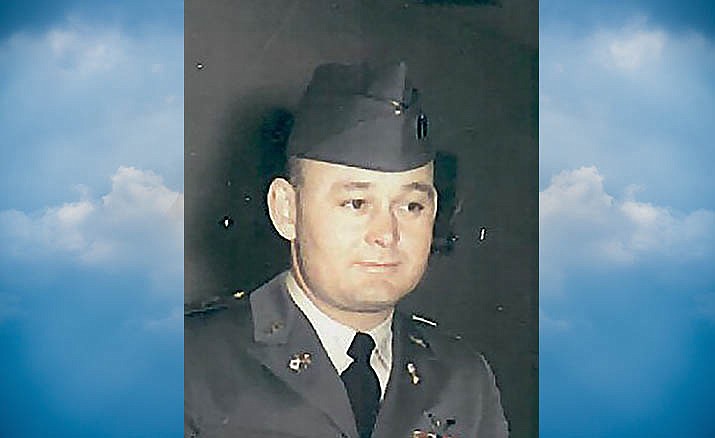 Niel was born in a cabin on the Petersen Ranch in Pinedale, Arizona August 11, 1934. He was the third son of A. Louis Petersen and Lorene Kelton Petersen. Niel attended elementary school in Pinedale and Clarkdale.

He graduated from Cottonwood High School where he played on the football team and was Homecoming King. As a youth he worked at the Petersen Sawmill which was owned and operated by his dad A. Louis Petersen.

Niel enlisted in the army in 1954 and after basic training was assigned to Germany where, through the fate of a broken high heel shoe, he met, and later married Edith Neininger.

They were blessed with two children, Lorna Chanette and Loren Niel Jr.

In 1962 he completed flight training. Flying was to become his way of life in the military and civilian life.

Early in his flying career, Niel’s skill in handling an aircraft became apparent to his superiors and he was assigned duties as Command Pilot on aircraft transporting military and civilian dignitaries.

He served two tours in Vietnam where he flew for Generals Westmoreland and Abrahams as well as many distinguished visitors. Most memorable among these were Bob Hope, Martha Raye and Gypsy Rose Lee.

Niel received many awards and commendations throughout his career. First he was awarded the highly coveted Special Military Instrument Ticket. This so-called “Green Card” which permits a pilot to take-off with absolute zero visibility is an indication of the trust the military had in his flying ability

After he retired, he lived mostly in Plankstodt, Germany with his wife. He also had a home in Sierra Vista, Arizona where he spent many months of the year visiting his son and granddaughters.

Niel is survived by his wife, Edith of 64 years; his daughter, Lorna from Schwetzingen, Germany and his son, Loren Niel Jr. from Sierra Vista, Arizona; 6 grandchildren; 2 brothers; 1 sister and several nephews and nieces.