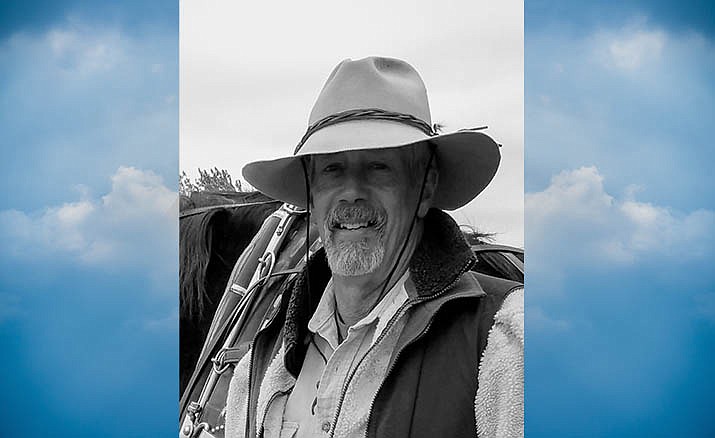 Michael Robert Metherell passed away at his home in Cornville, Arizona on Saturday, August 15, 2020 surrounded by his family.

Michael was a ‘park brat’ growing up in Acadia, Yosemite, Yellowstone and Zion National Parks where his father was a biologist.

As a young man, Michael traveled to both Canada and South America to work as a fishing guide before permanently settling in Jackson Wyoming.

In Jackson, he worked for Barker Ewing as a whitewater river guide for over 25 years running the biggest water ever recorded on the Snake River.

In the fall he worked for several different outfitters in Wyoming guiding hunters into the mountains surrounding Jackson.

Michael’s biggest passion, besides his family, was fly fishing.

Michael relocated to Arizona in 2006 and worked as a carpenter and a ranch hand. He retired in 2013 after moving to Cornville where he enjoyed helping neighbors and visiting with friends new and old. Michael was often seen driving the back roads with his four dogs piled around him barking all the way.

He was the President of Rippling Waters Irrigation Association for three years until he resigned due to health issues.

In lieu of flowers, Michael asked that donations be made in his name to Ivy Brain Tumor Center of Phoenix at give.supportbarrow.org.