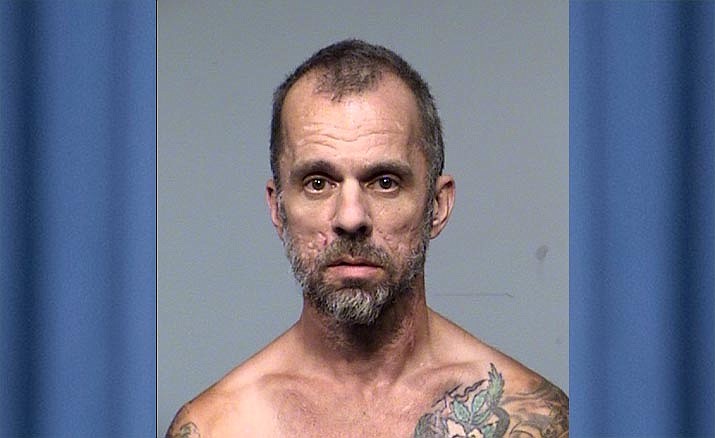 COTTONWOOD — After Cottonwood police officers were called to the Walmart location in town on Aug. 25, the information they gathered allowed them to make a felony arrest.

On Aug. 25, officers were called to Walmart for a delayed report of a habitual shoplifter. An officer was pro-vided paperwork and surveillance footage of Neal Allan Sacheck, 49, allegedly showing that he shoplifted and scanned UPC labels for less than the intended purchase price and placed items into Walmart bags without scanning them while at the self-checkout on at least three occasions.

The officer conducting the investigation learned Sacheck lives in Rimrock. He contacted the Yavapai County Sheriff’s Office to assist with locating Sacheck, who was arrested and now faces felony charges.

Sacheck was charged with two counts of fraudulent schemes and artifices, two counts of organized retail theft, forgery and unlawful use of a UPC label — all felonies — along with three counts of misdemeanor shop-lifting.

Sacheck was booked into the Yavapai County Detention Center, where he remains in custody on a $20,000 paper bond.