Police: Man jailed for breaking doors, windows of bank
Call at 9 p.m. was second for man in 19-hour span 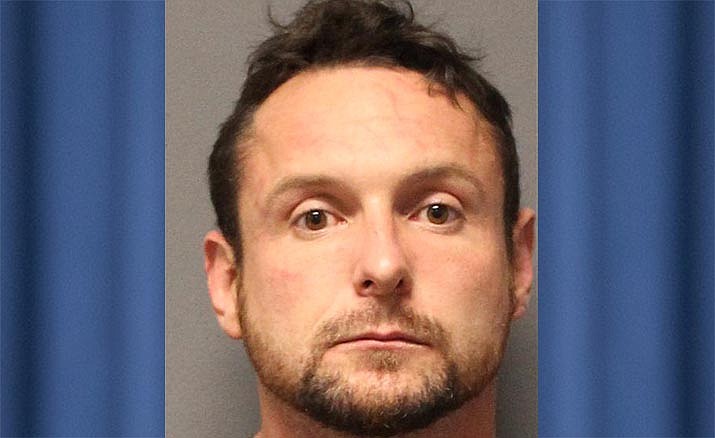 COTTONWOOD — Thursday, Aug. 27, Cottonwood police officers were called out — twice — to respond to a man who said people were chasing him, according to a news release.

At about 2:30 a.m. Aug. 27, officers were called to the 40 block of South Main Street for a man yelling for help. Officers located 42-year-old James Edward Stewart, of Cottonwood on top of the roof of a business that was closed, the release states.

Stewart sustained a cut to his wrist when he broke the window, the release states. Officers and medical personnel were able to coax Stewart off the roof and he was taken to the Verde Valley Medical Center for treatment for his injuries and a planned mental health evaluation.

Stewart left the hospital before the mental health evaluation, police said, because he had a scheduled court appearance for an Aug. 7 arrest and had been out on bond on several felony drug charges.

When the police learned Stewart left before a mental health assessment was completed, they located him later in the day, the release states. He was given a citation for misdemeanor criminal damage.

Police said Stewart was lucid at that time and didn’t meet the requirements to take him in for a mental health evaluation.

Later on Aug.27, at about 9 p.m., officers were called to a bank in the 1500 block of East State Route 89A, at the intersection of Main Street, for a report of a man matching Stewart’s description breaking the windows of that bank, using a rock, according to the release.

Police said Stewart again told officers he was being chased by people and that he broke the windows and glass doors to activate the alarm and summon police.

At that time, Stewart was arrested and booked into the Yavapai County Detention Center for burglary and criminal damage — both of which are felonies.