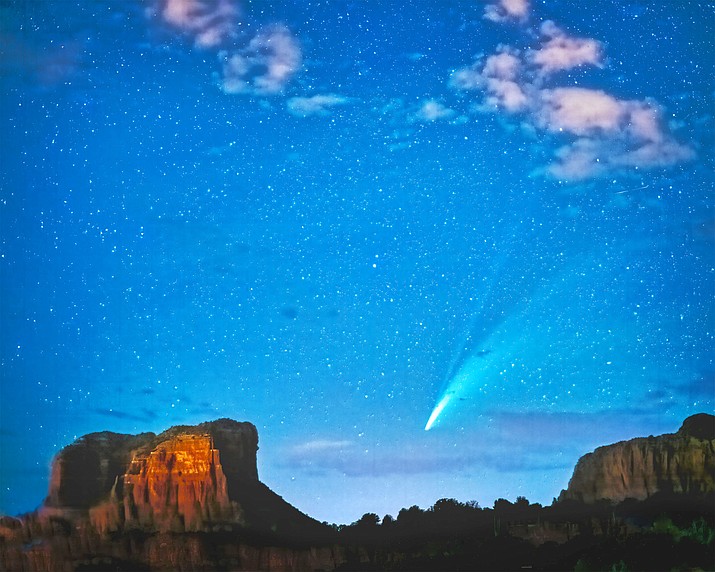 As part of its ongoing series of art exhibits, Canyon Mesa Country Club in the Village of Oak Creek is currently displaying a collection of notable works by award-winning Sedona photographer Jim Peterson.

As part of its ongoing series of art exhibits, Canyon Mesa Country Club in the Village of Oak Creek is currently displaying a collection of notable works by award-winning Sedona photographer Jim Peterson.

The public is cordially invited to view the exhibit, which will run through Dec. 30.

The show includes fine prints of some of Peterson’s best-known works plus select recent pieces that have not previously been shown.

Peterson’s photography is inspired by his lifelong connection with the natural world. This in turn derives from a childhood spent amidst the desert and canyons of northwestern New Mexico and from many family trips throughout the varied terrain of the American West.

He loves to capture compelling images of regional wildlife and to interpret the sublime landscapes of the Southwest in his photos.

Peterson earned a B.A. in Music and a PhD in Biochemistry from the University of Chicago, and first took up photography while in graduate school. His interest in it persisted while he worked as a research biochemist for five years and then moved on to a long career as an engineer, planner, and manager in the telecommunications industry.

Upon his retirement to the Village of Oak Creek, he redirected his energy to his lifelong artistic passion by starting a professional photography business, focusing primarily on fine art images.

More recently, he has broadened his range of artistic expression by embracing infrared photography, and has built up a distinguished body of work in that medium.

His works have won awards and been nominated as finalists in numerous international competitions and juried exhibits; his infrared image Half Moon over Cockscomb Ridge took the “First Place – Outstanding Achievement” award in one of those competitions, and his Lone Cottonwood in Pool Canyon (also infrared) received the second place award in a different competition. His photography has also been featured in numerous galleries, art shows, and publications and is prized by collectors worldwide.

The exhibit is open daily from 9 a.m. to 5 p.m. in the CMCC clubhouse at 500 Jacks Canyon Road in the Village of Oak Creek.