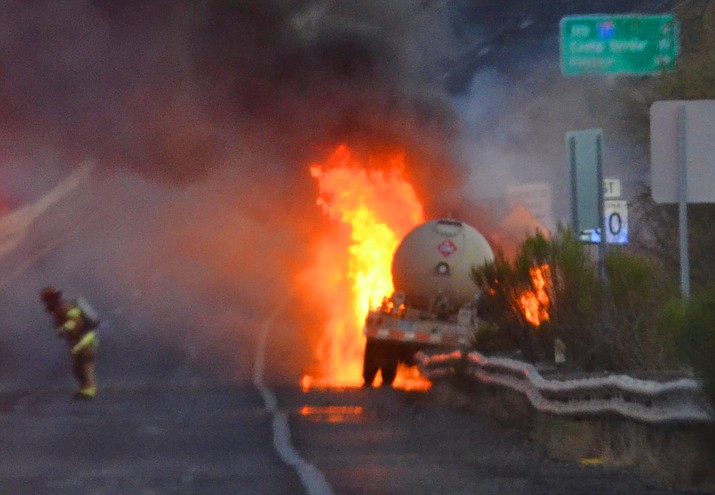 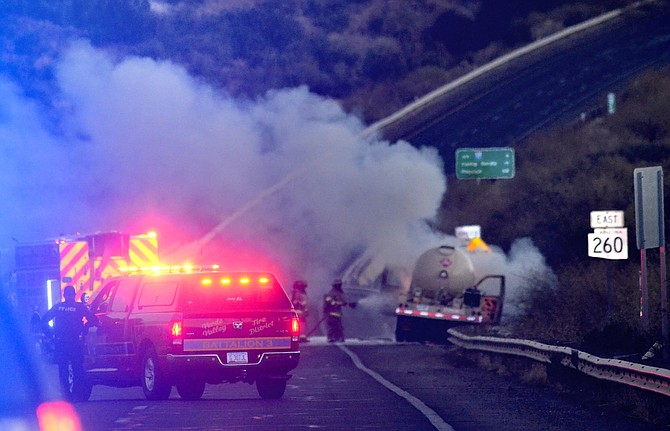 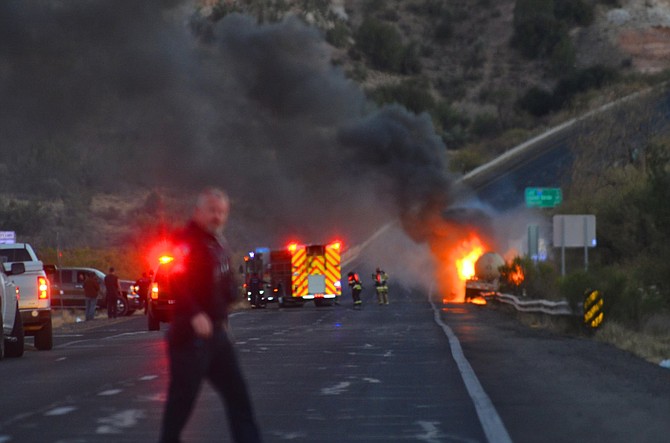 COTTONWOOD -- Traffic on State Route 260 was closed for about five hours Tuesday after a propane truck burst into flames.

The fire was reported shortly after 5 p.m. about a half-mile east of Western Drive in Cottonwood.

We will get you more information when police and fire release it later today.