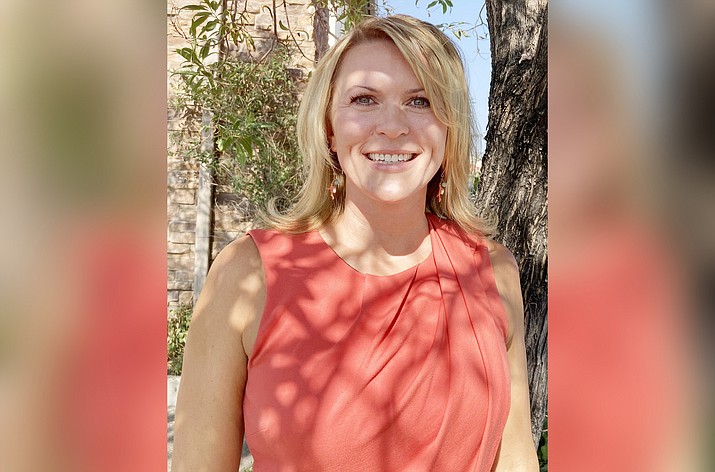 Yavapai County Community Health Services Director Leslie Horton: “We need to be smart about it. We want kids back in school as soon as possible.”

Yet Horton was clear this was not a health department mandate. Rather she said she is endorsing school officials’ efforts to thwart spread as they strive to meet academic and other education-related demands.

Local health departments have the authority to close schools only when there is a disease outbreak that imperils students and staff, but it is a rare occurrence, she said.

“We don’t make that decision,” said Horton, who appeared as a guest at both the Prescott Unified and Chino Valley Unified Governing Board meetings Tuesday night. Humboldt Unified will have its meeting at 6:30 p.m. on Tuesday, Dec. 8. “The school boards and superintendents all make that decision.”

Of 26 school districts and 24 charter schools in Yavapai County, several have opted to halt in-person instruction through the winter holidays while others, particularly smaller districts or schools, are opting to continue in some type of in-person instruction, be that all on campus or a hybrid between in-person and at-home instruction, said Yavapai County School Superintendent Tim Carter. Beyond the tri-city districts, Carter said he expects Mayer and the Yavapai Accommodation School District to move to distance learning in the coming days.

Horton said the climbing COVID-19 numbers have led to school and staff outbreaks such that she endorses their decisions to, at least temporarily, close their doors. She did plead for the offering of safe, supervised spaces for children with no place else to go during school hours. When distance learning was required at the beginning of this school year, Gov. Doug Ducey issued an executive order that districts provide such spaces.

Prescott Unified is seeking a waiver that requires Horton’s endorsement based on district data. She said she will provide it, yet urged district leaders to work with area nonprofits and agencies to accommodate families in need. Neither Humboldt or Chino Valley has asked for such a waiver. All three districts will continue to offer pick-up meal services for eligible families.

At this time, this area is considered to be in substantial spread across the three health metrics established by the Arizona Department of Health. As of Wednesday, the department chronicled 185 cases overnight up from 147 the day before; there is a 25 % positivity rate, or one in four who are tested for the virus; and hospitalization is at 50 % or above for COVID-19 patients.

The state Health Department considers substantial spread to be over 100 cases per 100,000 population; 10% or higher positivity rate and 50% or more of all hospitalizations.

The new vaccines expected to arrive before Christmas are likely to prove a “game changer” when it comes to getting children back in school, Horton said. The caveat: those who are eligible need to get immunized, she said.

Ducey announced Wednesday that educators are now to be included in the highest priority group for the new vaccines. The other priority recipients are health care professionals, first responders and long-term care patients. Essential workers and the general public are expected by late spring or summer, officials said.

Another benefit for schools as they seek to reopen is a revised CDC guideline on quarantines, Horton said.

The new rules will cut days from 14 to between seven and 10 based on exposure, symptoms and negative test results, Horton said.

Area school districts have found contract tracing and imposing quarantines to be an overwhelming task, one that also has produced serious teaching and support staff shortages, she said.

Though Facebook responses to the districts’ decisions have been staunchly opposed, with some going so far as to suggest district leaders be fired from their jobs, Horton and Carter said these are times like no other. No choice they make will be universally embraced, they said.

Students are not at the highest risk for severe illness from the virus; elementary-aged children are also not viewed as major spreaders of the virus, they said. Rather it is adults on campus, from teachers to bus drivers, custodians and teachers’ assistants, particularly those who are older or have other health ailments, who are most susceptible.

Horton has continually praised the districts for their health and safety protocols that have kept numbers low. District leaders, though, said this week that the wide community spread of the virus that is likely to worsen before it improves prevents them from continuing to keep their “finger in the dike.”

“I know the people in these schools. They’re doing the best they can to balance what is best for kids, teachers and staff, and still keep things moving forward,” Carter said.

The double-edged sword is that this virus is not viewed scientifically, or medically, but politically, Carter said. There are those who dismiss it, those who fear it and those somewhere in between, he said.

“The reality is that someone has to make these decisions,” Carter said of the governing boards and the leaders they designate to run their schools. “We have good people running our schools. And I think everyone has to be respectful of everyone else.

“We’re going to get through this.”

Until the vaccine takes hold, Horton said she and the education and health community ask people to stand united on precautions to protect themselves, their families and their community neighbors.

“We need to be smart about it,” Horton concluded. “We want kids back in school as soon as possible.”