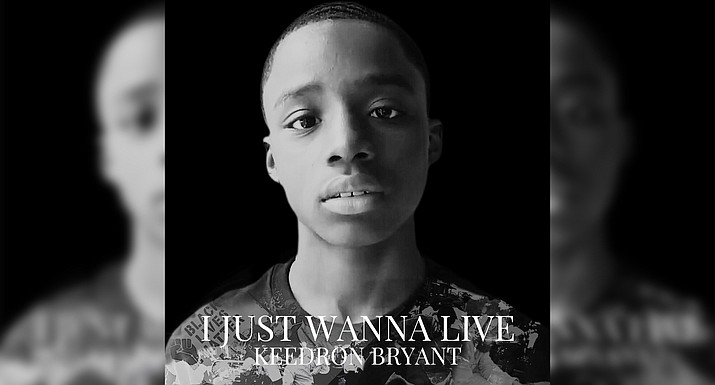 The top 10 songs of the year by Associated Press Music Editor Mesfin Fekadu (a playlist of the songs can be found here):

1-Keedron Bryant, “I Just Wanna Live”: During times of turmoil and unrest, people respond differently. Some protest. Some cry. And some sing. Following the gruesome death of George Floyd, Johnnetta Bryant turned to God and asked for a pray — and the lyrics to “I Just Wanna Live” were born. She asked her son, then 12-year-old Keedron Bryant, to sing the song and the rest is for the history books.

Keedron Bryant’s powerful performance about being a young Black man in today’s world went viral, with everyone from Barack Obama to LeBron James praising the future superstar and his family for their strength and positive message.

The song not only helped Keedron Bryant land a record deal, it helped heal the world at a time when music is a language that unites us all.

2-Chloe x Halle, “Do It”: To the window, to the walls, ‘till the sweat drops down my... Chloe x Halle took us to the clubs — aka the living room — during a pandemic year when we desperately needed an epic dance tune to help us get through the day.

3-Mickey Guyton, “Black Like Me”: Digging deep to write personal lyrics about her upbringing — and being that rare Black singer on the country music scene — Mickey Guyton birthed a beautiful, touching song that is bound to become a country music classic.

5-Charlie Wilson featuring Smokey Robinson, “All of My Love”: Uncle Charlie plus Uncle Smokey equals musical bliss. The soul icons joined forces for one of the year’s best collaborations that will surely put a smile on your face.

8-Gabby Barrett featuring Charlie Puth, “I Hope”: Breakthrough country singer Gabby Barrett already had a hit with the original version of “I Hope,” but then Charlie Puth slide into her DMs and asked to add his vocals to the song and update the beat. The result is an undeniable pop smash.

9-Pop Smoke featuring DaBaby and Lil Baby, “For the Night”: Late rapper Pop Smoke clearly had a knack for hip-hop melodies, which explains why most of his songs have exploded on TikTok. “For the Night” is a monster hit that also featured other acts leading the new class of rap.

10-BLACKPINK featuring Selena Gomez, “Ice Cream”: K-pop all-stars BLACKPINK came out swinging with this trap-pop bop that was as sweet and irresistible as ice cream.