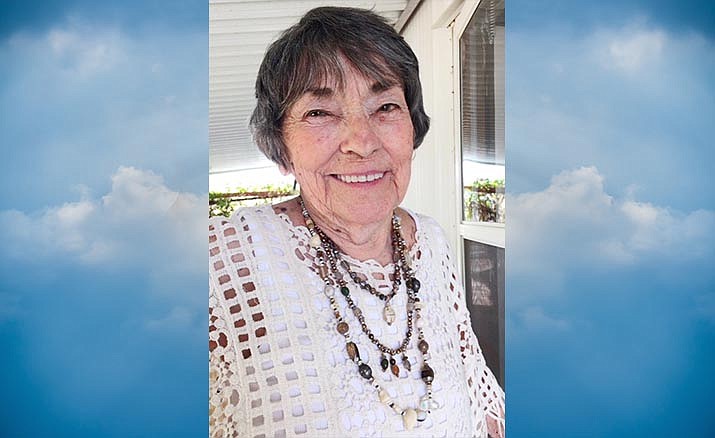 They moved to Farmington in the early 1950’s, where Suzann discovered her love for drag racing. She never revealed how she managed to commandeer her father’s Packard … but often snuck out to race. Racing led to her first two marriages, first to Art Kittell with whom she had her first son, Lee Kittell. Later, but not much later, to Jack Mound, who intervened when an officer attempted to pull over the speedy 16-year-old mid-race.

With Jack, she bore four more children, bringing her total to five by the ripe old age of 22.

In 1960, she was ready to hang up her reproductive hat. A true believer in individual rights, she appeared before the hospital board to request her right for a tubal ligation. This bold endeavor was the talk of the hospital.

In her late 20’s as a mother of five, Suzann completed her GED and went on to the University of New Mexico. She thrived at school. Contending with five young humans informed her art practice with much physicality and her education styling with combative inquisitiveness. After stretching an impressively large canvas her professor gasped “How did you do that so fast?” and she explained, “I have five kids.”

By her mid thirties, Suzann had acquire a B.A, an M.A and somewhere along the way, collected a third husband, Wayne Shrubsall. Well-rounded by tell of an aptly taken aptitude test, Suzann could have done anything, but passionate throughout her life for the arts and the belief that they are a fundamental right which should be accessible to all; Suzann embarked on her career as a public school arts educator.

A self-confessed tomboy, Suzann’s adventurous side took her to crafting, a gateway drug to other creative conquests. From sewing dresses for her three daughters, batik dying fabric and paper, drawing, sculpting, and eventually, in retirement, beading exquisite jewelry compositions that united beads from around the world in organic curated strands.

Her varied collection of jewelry work, Suzann’s Bead Creations, was carried in galleries and shops in New Mexico and Arizona. She sold work out of her former studio in the Jerome Art Center, which she shared with her jewelry artisan daughter, Suzy Mound. Sandy Brown’s shop, SEEDS Natural Fiber Clothing and Kathleen Cook’s former gallery, Dragonfly, both in downtown Cottonwood also carried her eclectic pieces.

Motivated by the plight of the underserved, desiring for social justice for all; her passion for art was political and her passion for politics, artful. She attributed her instinctive advocacy to the segregation she witnessed in Hobbs, New Mexico during her formative years. The fallacy of “separate but equal” was seared into her core after a drive with her father, where she saw the truth of the harsh living conditions in “Colored Town."

She could not stand for inequity. Seeing many maimed young men return from WWII, she was sensitive to the loss and load of veterans.

In retirement she invested time as an activist for prison reform and prisoners’ rights, and not just because various family members at various times or another spent time on the inside. A major organizer and spokesperson for Citizens on Prison Accountability (COPA) and New Mexico Center for Social Justice, Suzann addressed pressing human rights issues before the New Mexico State Legislature.

She was proud to call herself an FDR Democrat and was a consummate letter writer to elected officials all her life. Her zeal for politics lending her stamina to make it through the November 2020 election and see Arizona, her home for 17 years, churn a blue wave.

Since her 18th birthday, Suzann voted in every election, carrying her voter registration card in her wallet every day, she fought many a fight, always for the underdog, and she did not give up.

She is preceded in death by her youngest brother, Tim Trout and her eldest grandson, John Mound III. Suzann is survived by her brother, Larry Trout and wife, Gini; her five children, Lee Kittell, Shannon Bonness, Suzy, Jay, and Marie Mound; her six grandchildren, Nathan Bombaci and wife, Nikki, Eric and Beau Bonness, Lindsay Hamilton Mound, Tyler Mound, Callen Kittell and wife, Brianna and her four great-grandchildren, who she was profoundly proud to know, Jacob and Owen Bombaci, Alanna Kittell, and Matrix Mound, and 83,574 beads.

She passed peacefully in her home in Cottonwood, November 23, 2020, with loved one’s around her, virtual and real. Leonard Cohen played her out. She will be treasured and missed. This was long winded, but so was she.